By: James Mathers, Cinematographer and President of the Digital Cinema Society

I was asked recently to provide insight into how a Cinematographer might evaluate exposure, and think I can offer a couple of points that will help in understanding the process.  The traditional practice in video of reading a chip chart on a wave form monitor to see where the 18% gray value lines up as a midpoint is not so useful in dealing with modern Digital Cinema cameras.  With the logarithmic processing at work in these cameras and post systems, I think this concept probably causes more confusion than understanding.  Determining a midpoint is not as critical with a gamma curve, and is not likely to be the place where 18% Middle Gray is located.

To determine ISO ratings and thus how I would set exposure, it is first necessary to set an acceptable “Noise Floor”.  This is not the point of underexposure where you might be able to make out an image before total black, as in the last steps of a gray scale chart, but instead where the image is free enough of electronic noise to make it acceptable for a particular use.  This then is a somewhat subjective evaluation, and may differ, for example, between a User shooting a feature film in 4K and a scientific research application looking to make out any kind of discernible image.

At any rate, once this value is determined, the next question relates to the level of over-exposure before the image “clips”, and detail is lost in the highlights.  The number of “Stops”, (or doubling of the light value), that occurs between these two points will determine your “Dynamic Range”, (the range between the brightest point where you still hold detail and the darkest area of acceptable underexposure).  Dynamic Range is usually expressed in Stops, and I would say the modern Digital Cinema cameras fall in the area between 10 to 15 stops.

This Dynamic Range will vary based on the ISO setting you set for your Camera and Light Meter, but generally you would want the highest value, or most range possible.  Most modern Digital Cinema cameras would have a suggested ISO rating of between ISO 320 and ISO 2000.  (Some cameras have settings that seem to me to go absurdly beyond this, i.e. ISO 20K or 30K, but to me the noise is ridiculously excessive at these settings).

Most manufacturers would suggest an ISO setting that maximizes Dynamic Range.  However, there are varying ISO settings that would tend to favor the high end of exposure or the low underexposed side.  A Cinematographer might then set an ISO based on favoring one end or the other.  To protect your Highlights on a bright exterior, you might set an ISO at a higher numeric value, say ISO 1200, which would would gauge your metering to determine a lens stop setting that would be higher numeric setting, (iris closed more), and thus offer less exposure to the sensor in order to protect the highlights.

For example, your external light meter reading and in-camera metering systems might indicate at ISO 1200 that you set your lens at an f-stop of f8.0, but if the camera and external light meter were instead set to ISO 600, the same level of light would indicate a lens setting of f5.6, thus allowing twice the light to expose the sensor, which would mean the highlights would overexpose sooner, but the darker areas would tend to be better exposed.  The linear midpoint of exposure, set at 18% Gray might then be referred to only in how many Stops are achievable above and below that point.  To again refer to the ISO 1200 vs ISO 600, at 1200 there may be 6 stops of usable exposure above Middle Gray, and 6 stops below.  However at 600ASA, that ratio may vary to 5 Stops of usable range above the midpoint and 7 stops below.

To complicate matters a little further, all these factors are influenced by processing, sometimes in post, and shooting in RAW or LOG modes allows for the capture of more image information that can be pulled after further processing, but might not be visible on a live camera’s monitor feed.  Besides extending the Dynamic Range, another value of recording in a RAW mode is that there is more flexibility to manipulate the image in post, but those values are not “baked in”.  Settings may be emulated on-set via applied metadata values, known as viewing “LUTs”, (Look Up Tables), and these values might be passed along to post in order to convey creative intent, but they are “non-destructive” and can be changed in post.

When I’m starting a major project or getting familiar with a new camera, I will go through the above mentioned process to determine how I will rate the camera.  In the case of shooting digital or film for a feature designed for theatrical release, I will shoot tests and have them run all the way out through the post process to see the images projected on a large screen.  To my mind, this is the only way to really know where I’m at in relation to how to best expose a particular camera/format.

Having shot film for many years, the idea of RAW is very comfortable to me.  Just as with celluloid negative, there was a large amount of picture information that could be pulled up in post, certainly more than was capable of being displayed on the “video-tap” monitor feed.  I feel like this helped ease the transition for many Film Cinematographers as they moved into Digital Cinematography, and may have helped the adoption of the RED and ARRI Alexa cameras that were the first main stream Digital Cinema cameras to use RAW recording. 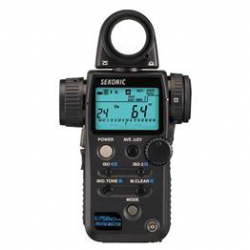 Now this is purely subjective and based on personal background, but allow me to also describe the tools I tend to be most comfortable with in setting my exposure for Digital Cinematography.  First, the aforementioned external light meter, and my personal choice is a Sekonic  L-578Cine model.  It has an incident as well as a spot  meter setting and reads in a variety of modes including f-stops and foot candles.  It also calculates an exposure setting based on changing variables such as frame rate and shutter speed. 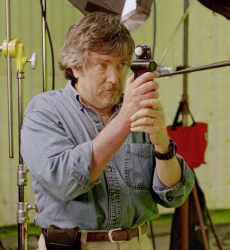 As for on-camera exposure tools, I like to be able to spot check a wave form monitor occasionally just to keep me in the ball park; although admittedly, this reading can be influenced by the processing applied to the monitor output.  If a monitor/scope allows it, it can be good to have the option to toggle between the processed image and the RAW view. 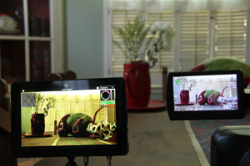 I will also infrequently check out a histogram, but almost never look at a Vector Scope function, False Color, or Zebra Patterns, all of which I find very distracting.   Other Cinematographers surely find these tools productive and have different valid way of getting good exposure results; I’ve just outlined here my own thought process.  As they say, “your mileage may vary”.