7 Tips for Shooting a Music Video

7 Tips for Shooting a Music Video 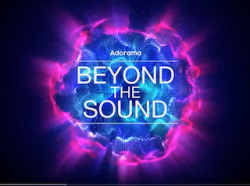 Since they first debuted decades ago, music videos have transformed the music industry landscape, bringing acts and musicians to worldwide audiences and, with the help of streaming sites, have broken records for viewership. 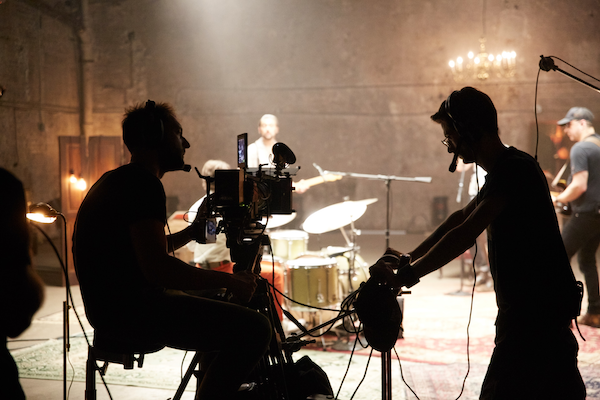 To help detail everything that goes into creating a music video, Adorama recently launched a new video series, Beyond the Sound, taking you behind the scenes of a full-scale music video production. Made in partnership with Framework Production and with music from local bands — including Buke & Gase, Taali, and Eden James — the series covers everything you need to know to create a music video.

“With the rising consumption of music videos, and the desire for creators of all capability to produce them, Adorama sees Beyond The Sound as the perfect opportunity to bring our expertise to this industry,” says Mary-Irene Marek, Executive Producer of Beyond The Sound. “We have long stood for giving content creators all of the tools and inspiration they need to carry out their artistic dreams. With Beyond The Sound, we hope to highlight everything it takes to create these artful videos, and the professionals who get it done.”

Here, from Adorama and the crew behind “Beyond the Sound,” are seven tips to keep in mind when shooting your next music video:

1. Communicate clear plans to all involved

“Shoots of this nature can be very ambitious,” says Keagan Fuller, an NYC-based freelance lighting technician. “It is mission critical that the crew’s expectations get synchronized. Phone calls and diagrams sometimes are no substitute for having all key members in the space ahead of time.” Get the crew together, communicate all points clearly, and get everyone on the same page before delegating all of the individual tasks, saving you major stress throughout the entire production.

2. Plan your shots for the most impactful musical moments

Understanding your music is paramount to creating a video that represents both the band and the song. “The pace and flow of an edit is very important in music,” says Steven Pierce, director and producer at Framework Productions. “You want the high points of the song to correspond with the most impactful shots for that moment. I decide on the biggest moments of a phrase, and which shots I want for those moments, and then work backwards with the coverage to build up to those shots and moments.”

3. Choose the right microphones for the music

If you’re filming a live studio performance for your music video, arrange microphones according to the band or performer’s individual setup. Depending on room type, instrumentation, distance of the microphone to the source, and number of members, you’ll need to secure several pieces of audio gear for vocals, instruments (depending on whether they’re acoustic or electric), and an additional on-camera mic. For Beyond the Sound, sound engineer Julian Evans made his selections carefully. “Two Sennheiser ME64’s were added to the microphone order for their small-form pencil factor and versatility, with options to use them as drum overheads, hi hats, guitar cabs,” Evans says. “Two Sennheiser MD421’s were added with the intention of using them as tom mics, four Shure SM58’s were pulled for their tried and tested sound as a vocal microphone, two Neumann KMS 105’s were added for lead vocals, and an AKG 414 was used on the kick drum — an unconventional choice, but a batter-side kick drum placement worked great in the end.”

In filming Beyond the Sound, Framework Productions deployed five total cameras — four RED Helium 8K cameras, and a Sony a7S — as well as a collection of Canon cinema lenses including two 30-105mm telephotos, a 15.5-47mm, and a 30-300mm zoom. In this case, when shooting a live performance music video, the crew opted for a doorway dolly operated by a key grip to capture 180-degree shots, tripod- and Dana Dolly-mounted cameras for focused shots, telephotos to get small details, and a dedicated camera on a slider for super-wide shots.

“As a DP its your time to shine and make the best-looking pictures you possibly can,” says Igor Kropotov, NYC-based Director of Photography. “Try out lenses, cameras, or camera tricks you’ve heard about to help elevate the music.” 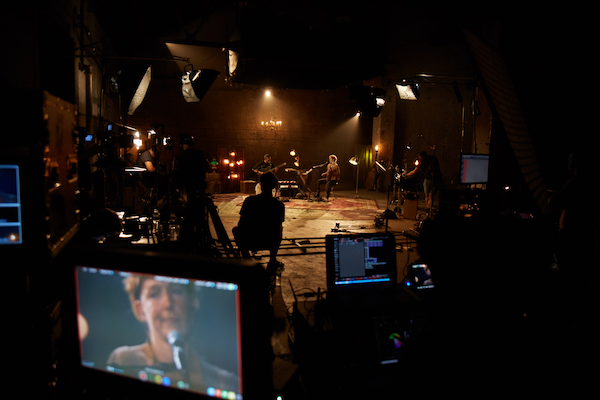 5. Focus on lighting and keep it versatile

Lighting, perhaps more than other production elements, will help to set the mood for the entire shoot. Select your lighting gear with the musician and track in mind, planning for the small individual features of each performance. In Beyond the Sound, William Quigley, an NYC-based chief lighting technician, also details the importance of lighting safety and all it takes to outfit each lighting source, controlling and synching it with each and every performance. But, as with any shoot, plan for the unexpected. “Make sure your lighting and grip order has enough ‘back-ups’ to accommodate whatever is thrown at you,” Quigley says. “Don’t assume the plan will ever stay the same as what you discussed in pre-production.”

6. Plan for the edit with a live line cut

Even if you plan to collect all footage and edit in post, live switching will help in setting a direction for any live performance music video shoot. “Live switching is all about clear communication and lots of practice,” says Pierce. “You have to always be thinking ahead two or more moments. Practice so you aren’t thinking about the technical aspects, and you can keep pushing your mind forward to what is coming next. Then when you know what is next, communicate that clearly to your operators with enough time for them to get the shot for you.”

7. Don’t be afraid to experiment

“Music videos are rarely a continuous narrative so don’t be afraid to go for more risky set-ups,” says Quigley. “Have a new toy you’ve been eyeing? New light or gel? Now is the time to try it out!”