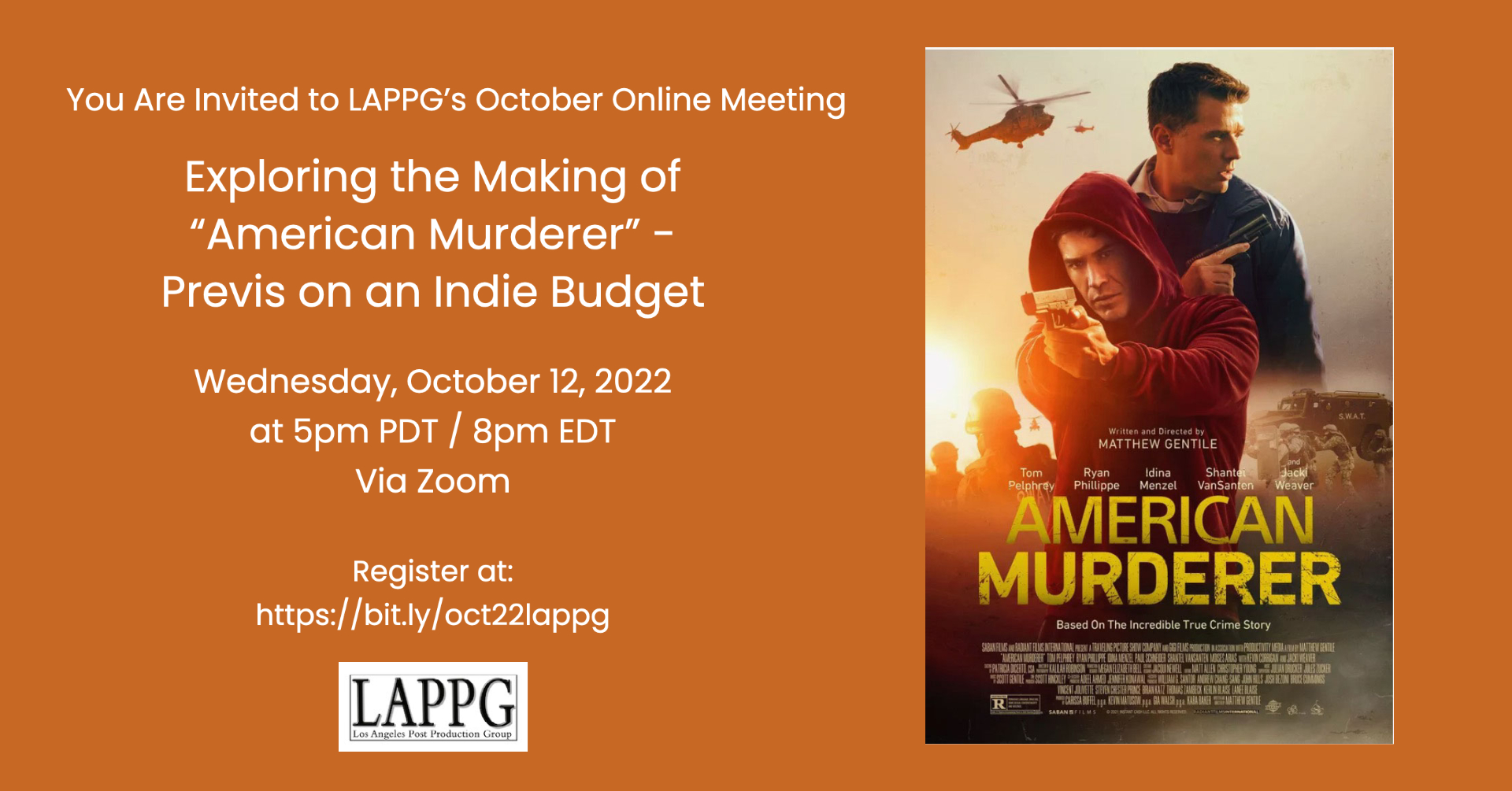 LAPPG OCTOBER MEETING: Exploring the Making of American Murderer – Previs on an Indie Budget
Wednesday, October 12, 2022 at 5pm PT via Zoom
Join our friends at Los Angeles Post Production Group for a behind the scenes look at of the making of the true crime film American Murderer. Director Matthew Gentile and Editor Matt Allen will be particularly highlighting their pre-production planning and how they used previs on an indie film budget to achieve the vision for the film.
Be sure to check out the full film, “American Murderer”, in theaters on October 21st and digital on October 28th!
Registration required: https://us02web.zoom.us/webinar/register/9516644073287/WN_bzzv-icBT-CBb0NJRtsW_g 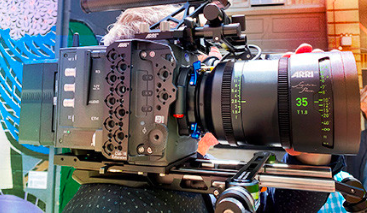