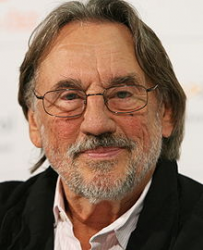 After the passing of Haskell Wexler on the 27th, the Digital Cinema Society is very sad to report the loss of another great Cinematographer in less than a week.  Hungarian-born Vilmos Zsigmond, ASC, the winner of an Oscar for his cinematography on Close Encounters of the Third Kind died on New Years day at the age of 85 as reported by his partner in the Global Cinematography Institute, Yuri Neyman, ASC. 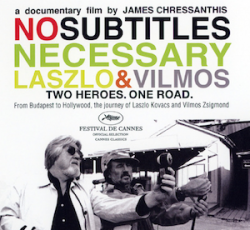 His career in Hollywood spanned over five decades after literally escaping from his native Hungary following the Russian invasion in 1956.  He was joined by his very close friend, the late Laszlo Kovacs, ASC, who also turned out to be one of the all time great Cinematographers.  Their story is lovingly told in James Chressanthis’  2009 documentary No Subtitles Necessary: Laszlo and Vilmos.  The two slowly worked their way up starting with low-budget exploitation films before simultaneously rising to the very top of their profession.

Zsigmond went on achieve many notable credits including three Oscar nominated films, The Deer Hunter, The River (1984) and the The Black Dahlia (2006), as well as Deliverance, Blow Out, The Ghost and the Darkness, McCabe and Mrs. Miller, and The Long Goodbye.

Other of his many, many credits included Heaven’s Gate, The Rose, the concert documentary, The Last Waltz, The Witches of Eastwick, Fat Man and Little Boy, The Bonfire of the Vanities, Sliver, The Crossing Guard, Intersection, Maverick, Assassins, The Ghost and the Darkness, Playing by Heart, Melinda and Melinda, Cassandra’s Dream, Louis, and You Will Meet a Tall Dark Stranger.

He delved into television occasionally for such programs as HBO’s Stalin, the TNT’s miniseries adaptation of The Mists of Avalon for which he received an Emmy nomination, and he later shot many episodes of The Mindy Project.

Zsigmond was a member of the Board of Governors of the Academy of Motion Picture Arts and Sciences (cinematographers branch) beginning in 2007, and his work was honored with lifetime achievement awards from the ASC in 1999, the Cameraimage festival in 1997, and he was ranked among the 10 most influential cinematographers in film history in a survey conducted by the International Cinematographers Guild.