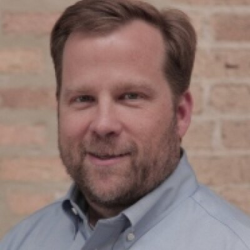 A founding member and past President of the Digital Cinema Society Midwest Chapter, Tom Fletcher has left Cineverse.  As reported by the on-line trade journal Reel Chicago, Fletcher, who handled marketing as well as national sales rep, Zoe Borys were unexpectedly terminated this week at the firm’s Chicago offices.

In 2013, Los Angeles based VER, (Video Equipment Rentals), purchased Fletcher Camera, a family owned business founded in 1987 with offices in Chicago and New Orleans.  In 2014, the company’s Cinema camera rental service was rebranded as Cineverse, and then this spring, VER sold its assets, including Cineverse cameras, to a private equity firm.

It must be a sad day for the Chicago Cinema community as both Fletcher and Borys were very active in furthering Industry education with groups like ours, and both are also associate members of the ASC. They will surely be an asset to whatever company is smart enough to employ them next.  Lets hope that wherever Tom lands, he will continue the tradition of publishing his famous Camera Comparison Charts.