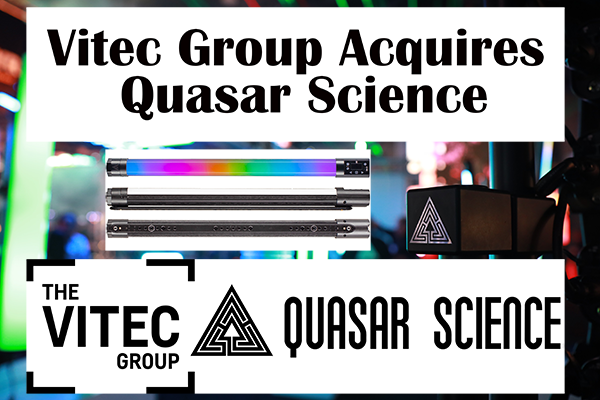 The Vitec Group  has announced the acquisition of Quasar Science, a DCS sponsor that specializes in linear and tubular LED lighting solutions for cinematic applications. Quasar Science will become part of the Group’s Production Solutions Division alongside Litepanels which was acquired by Vitec in 2008. Quasar Science has been quite innovative in coming up with products to serve both small and large scale film and television productions. Established in 2012 by four partners with extensive experience as studio lighting technicians, Quasar Science is based in Los Angeles, California, where the majority of its 18 employees are based. Co-Founders Steven Strong, Evans Brown, Jay Yowler and Ray Gonzales will remain with the company and continue to lead the team post-acquisition.