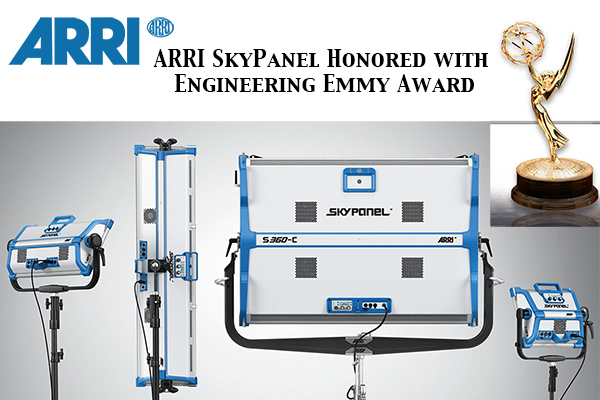 The Television Academy has announced the recipients of the 73rd Engineering Emmy Awards and ARRI is among the honorees in recognition of outstanding achievement in engineering development for its ARRI SkyPanel family of LED softlights.  The jury recognized that SkyPanel fixtures have optimized the production lighting workflow and have been widely adopted throughout the television industry. The SkyPanel was first introduced as the S30 and S60 at NAB in Las Vegas in April 2015.  Within just two years, the SkyPanel family was expanded to include the S120 and S360 models.  SkyPanels continue to be a mainstay of motion picture lighting, and have maintained their popularity via software updates, versatility, and connectivity.  The Engineering Emmy will be presented to ARRI at an awards ceremony on October 21, 2021, at the J.W. Marriott Hotel in downtown Los Angeles, California.