Next Star Wars Installment to be Shot on Film 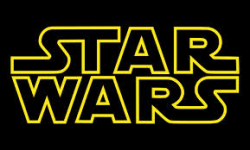 In an interesting turnabout, J.J. Abrams and his chosen Cinematographer, Daniel Mindel, ASC have decided to shoot “Star Wars: Episode VII” on 35mm film. The LucasFilm project, now controlled by Disney will be captured on 5219 Kodak stock. This is perhaps counter intuitive only because George Lucas’ pioneering use of digital acquisition on this franchise was a major turning point in helping to usher in Digital Cinema capture. It is also surprising given that such a project is so VFX laden, and the general consensus would be that digital acquisition is a better mix with CGI.

It may be a bit easier to understand knowing that Abrams and Mindel had great success with film when taking over the Star Trek franchise for the last two installments. Abrams discussed his choice of film for Star Trek at the PGA’s June “Produced By” conference. “With all the CG, it was important to me that it was as warm and human and analog as possible,” he was quoted as saying. “It may not be obvious to many of the people who saw it, but I think it is more important than people know.” However, he had earlier indicated that he also in part chose film for Star Trek because he wanted to match the look of the previous Star Trek films. The same cannot be said for Star Wars, since the last two sequels, directed by George Lucas were shot on HD, but Abrams love of film must have won out.

His sentiments are clear from another PGA Produced By conference quote: “Film is the thing I am most comfortable with. If film were to go away — and digital is challenging it— then the standard for the highest, best quality would go away.” I’m sure they also considered the unprecedented archival value of these two franchises and that no other medium really beats celluloid at this time for the purposes of long-term archive. So Abrams remains in the same camp as renowned filmmakers Stephen Spielberg and Christopher Nolan; if anybody wants to take their film away, they’ll have to pry it from their cold, dead hands.