Round Up of Lens Announcements at IBC: Angenieux – Zeiss – Cooke – Leica – Sigma 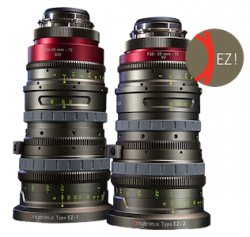 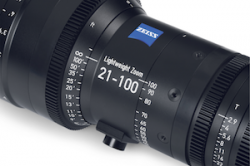 Meanwhile Zeiss has revived their LWZ line of zooms with a new 21-100mm T2.8, which has a 4.7×1 zoom factor weighing in at only 4.5 pounds. It is similar in focal range to the Fujinon Cabrio 19-90mm and the Canon 17-102,  lacks an on-board servo.  However, the new zoom does notably offer interchangeable mounts (PL, Canon EF, Nikon F, Sony E, Micro 4/3.)  Many veteran Cinematographers avoid the built in servos, but they are gaining acceptance for ease of operation, so I would not be surprised to see Zeiss add this feature in the future. 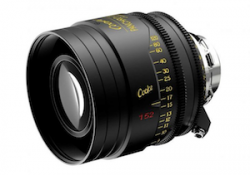 You might say Cooke is going retro by bring back a new improved version of their famous Pancho primes.  The original Cooke Speed Panchro line of prime lenses were manufactured in the 1920’s running all the way through the 1960’s and are still sought after today.  The new optical design is said to stay true to the original, but with modern housings and PL mounts. The focal lengths to be offered are still to be determined, but initially will be available by NAB 2017.

CW Sonderoptic, the sister company to Leica Camera, has introduced the new Leica M 0.8 lenses that are designed to bring the iconic look and character of Leica’s M glass to the world of professional cine lenses.  Five focal lengths were selected for this series and will be available individually or as a set to include: 21mm f/1.4, 24mm f/1.4, 28mm f/1.4, 35mm f/1.4 and the 50mm f/0.95 Noctilux.

The M 0.8 lenses feature a smooth iris rotation and larger 0.8 module / 32 pitch gear rings for focus and iris, allowing them to work seamlessly with traditional cine accessories such as follow focus systems. Designed for full frame (24x36mm) sensors the new M 0.8 lenses cover larger sensors like RED’s Dragon 8K VistaVision, Sony’s a7 series as well as the Leica SL.  Their small size and lightweight are advantages for drone and gimbal applications.  They will be purpose-built, assembled and calibrated on the regular Leica M line at Leica Camera in Wetzlar, Germany.  The lenses are expected to start delivering in the first quarter of 2017 with prices estimated to range from $6,600US for the 35mm to $15,000US for the 50mm f/0.95 Noctilux. 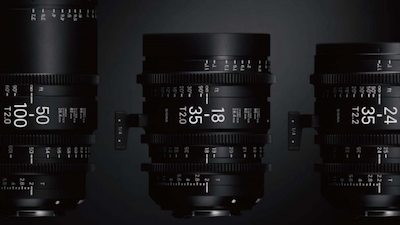 After a long tradition of manufacturing high quality stills glass, Sigma has also recently announced a range of Cine lenses expected to deliver later this year.  Primes, with a common maximum aperture of T1.5 include a 20mm, 24mm, 35mm, 50mm & 85mm.  They all cover up to full frame, as does the 24-35mm T2.2 zoom, which should make them a contender for the growing number of large sensor cameras such as the RED 8K.  Covering the S35 frame size, an 18-35mm T2 and the 50-100mm T2 were also announced.  Initially, all lenses will be available in EF mount with the option for PL to follow.