Remembering Mike Nesmith — Much More Than a Monkee 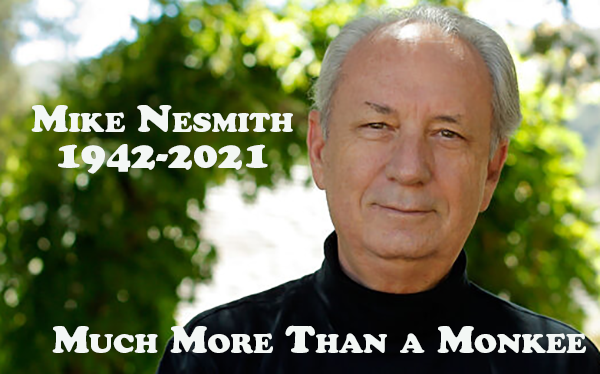 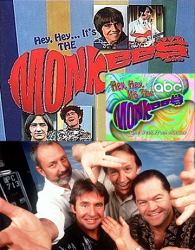 Michael Nesmith, best known as a member of The Monkees, passed away recently at his home in Carmel Valley, California at the age of 78.  I grew up with the Monkees, like all the kids my age, but later got to know Michael as a Filmmaker when I was hired to serve as DP on an ABC special in the 1990’s that was every bit as wacky as the 1960 series that catapulted him and his co-star/bandmates to fame. Nesmith was Producer, Director, and Writer, and a member of the cast, which also included the late Peter Tork and Davy Jones, as well as Micky Dolenz, who is now the last surviving Monkee.  It was a fun, but one-off shoot and our paths unfortunately never crossed again.

By the time I worked with Michael Nesmith, he was already a phenomenally successful musician, songwriter, actor, producer, director, and screenwriter.  Film productions he had a hand in included Elephant Parts (1981), Timerider (1983), Repo Man (1984), Square Dance and Tapeheads, as well as several other TV specials.  He even invented and sold the concept of 24 hour music television to Time Warner helping to create the MTV network.

However, I only became aware recently of what a true Futurist Michael Nesmith really was.  Brian McKernan, a Co-founder of DCS, sent me an essay entitled “Desktop Video” penned by Nesmith in 1990 and published in Videography, a trade journal for which Brian served as Editor at the time.  This was when the Internet was still pretty clunky, before the smart phone, and before the democratization of content creation.  In the essay, Nesmith insightfully predicted all that would come from the intersection of computers and TV.  He was a remarkable man who should be remembered as much more than a Monkee.  You can read the full one-page essay here: