Prepare To Be Impressed — Real-Time Game Engine Demo From Unity 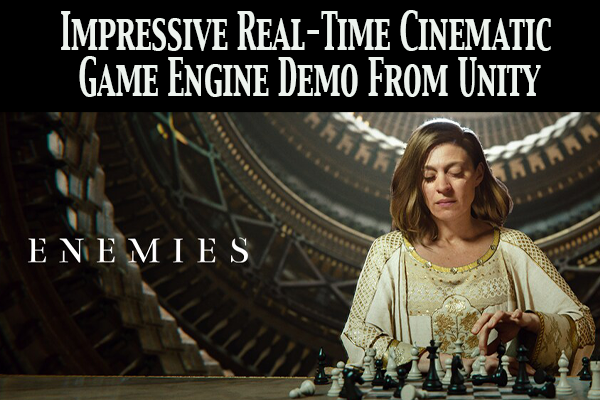 Unity Technologies kicked off their presentation at the Game Developers Conference, which started March 21st in San Francisco, with a screening of Enemies, a brand-new cinematic teaser featuring major advances for photorealistic eyes, hair, skin, and more – all rendered in real-time and running in 4K resolution.  The extremely impressive demo shows off a remarkably realistic digital human that is so good it is a little scary.

As part of the game developers efforts to prepare Unity to run and render realistic digital humans, their Demo team first pioneered The Heretic demo which has been seen by four million viewers.  Now they have expanded that work with the creation of Enemies developing new technology to lay the groundwork for further advancement of the art.  As with The Heretic, they plan to release the tech to the community in the form of a Digital Human package.  See the teaser for Enemies here: