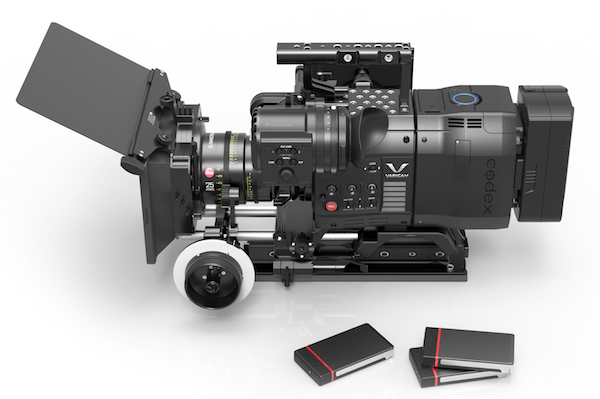 Panasonic and Codex announced at IBC 2016 that they have once again collaborated, this time to create the VariCam Pure production system.  The “Pure” is a RAW-only modular camera solution integrating a new V-RAW recorder that is a smaller and lighter option that still takes full advantage of the many VariCam attributes such as high frame rates and dual native ISO. The camera is now more than 6″ shorter with benefits for Steadicams, gimbals, drones, and hand-held opertion.

Using the Codex Capture Drive provides a gateway to the entire production-to-post workflow via the Codex Production Suite.  Although only recording RAW, the Codex Virtual File system would thus allow for easy on-set transcode to multiple file formats such as Apple ProRes and Avid DNxHR.  The V-RAW 2.0 recorder for VariCam Pure is scheduled for release in December 2016 with a suggested list price of $30,000US.  A package with the currently shipping AU-V35C1 VariCam 35 camera head is expected to be under $49,000US.