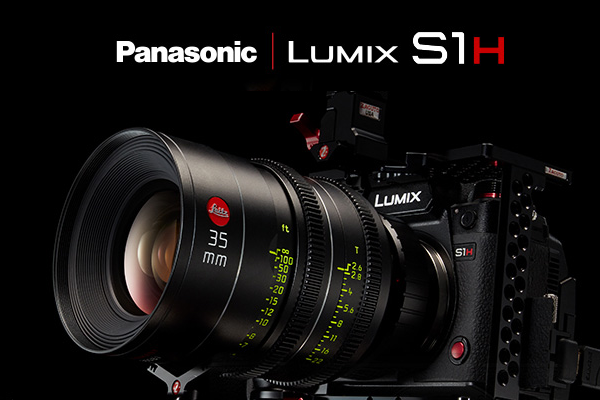 The Real View Finder is a high-resolution 5.76m-dot OLED EVF offering 0.78x configurable viewing magnification along with a smooth 60 fps or 120 fps changeable refresh rate, and 10,000:1 contrast ratio.  In addition, the large 3.2″ 2.33m-dot touchscreen LCD is available for live view shooting as well as playback and menu navigation. The screen features a tilt & free-angle design where it can tilt along the lens axis or can be flipped outward to the side and freely adjusted to suit working from more extreme high and low angles.

Bluetooth and WiFi wireless connectivity are included to control the camera via Lumix Sync, an iOS and Android app designed to pair with the camera for smartphone or tablet-based remote shooting control and wireless image transferring.  S1H body deliveries are scheduled to start at the end of September with an MSRP under $4,000US.  For more details, see the Panasonic Lumix Press Release: