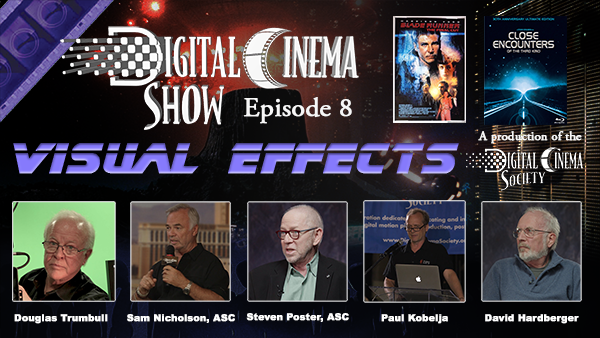 In light of several sequels and re-releases of pioneering classic visual effects features such as Blade Runner and Close Encounters of the Third Kind, we thought it might be a good time to dig into the subject of Visual Effects.

We could not provide this content without the continued support of our sponsors, and in particular Panasonic, who brings us the VariCam family of Digital Cinema Cameras including the new EVA1, a 5.7K handheld cinema camera with Dual Native ISOs of 800/2,500 recording to low cost SD cards with 14+ stops of dynamic range.

See it on Vimeo here: https://vimeopro.com/digitalcinemasociety/digital-cinema-show