Nokia Abandons VR, Drops OZO, and Lays Off Over 300 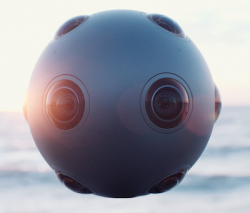 Sadly, Nokia has announced a retreat from the Virtual Reality hardware business and will cease building its OZO VR camera after finding that the VR market is developing “slower than expected”.  Nokia Technologies, the unit overseeing their VR efforts will lay off 35% of its workforce in the US and Europe, amounting to over 300 employees.  Instead, the unit will now pour all its efforts into the remaining health products, (activity trackers, smart scales, blood pressure monitors, etc.), and other imaging technologies.   However, the company has said that it will continue to support those who have already purchased OZO systems.

The OZO debuted to much fanfare in 2015 at a price upwards of $60,000US for the complete package.  It was one of a very few premium systems to capture high resolution stereo 360° with eight 2K x 2K cameras and eight microphones for accompanying spatially aware audio recording.  The system also included high resolution post stitching software as well as a compressed live output so that content creators could see in real time what they were capturing and even webcast in VR.  See our DCS report from NAB here:

However, competitors’ offerings, while less sophisticated, were only a small fraction of the price which allowed for much wider adoption.  Nokia aimed narrowly at the Pro market, and had trouble competing against the much lower-priced mass market offerings.