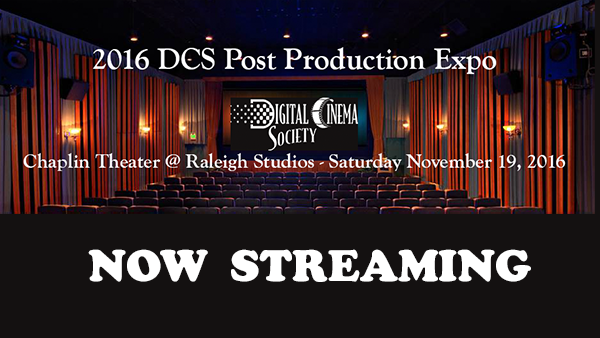 Special thanks to our volunteer crew including Producer David Mahlmann, Camera Operators Colin Sabala and Danny Lanham, Christopher Knell for staging, and Rainer Standke for all post production services. We would also like to thank Blackmagic Design for the loan of cameras and Manios Digital and Film for Cartoni Camera Support. The venue was courtesy of Raleigh Studios, we were assisted in setup by Jeff Stansfield and Rebecca Ponce of Advantage Video Systems, and refreshments were provided by OWC and MacSales.
The coverage is now available to view on the DCS Vimeo page: