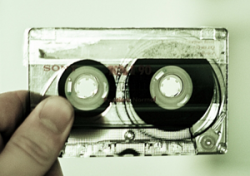 A new storage technology has been announced by Sony that manages to pack 185TB onto magnetic data tape that fits into the form factor of an audio cassette circa 1980’s. Sony reportedly accomplished this feat with nano-sized tape tech that stores far more than off-the-shelf hardware. 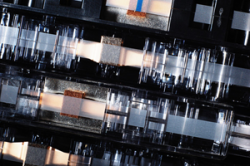 According to an article in Engadget: “By optimizing how it sputters argon ions on to film to create magnetic material, Sony has produced “nano-grained” tape that’s 74 times denser than what you see today.”   At 185TB per cartridge, it has exponentially more storage than a hard drive at a fraction of the physical size. It will not be a consumer item for quite some time, but it could soon prove extremely useful for supercomputers and internet services which are currently starved for storage capacity.