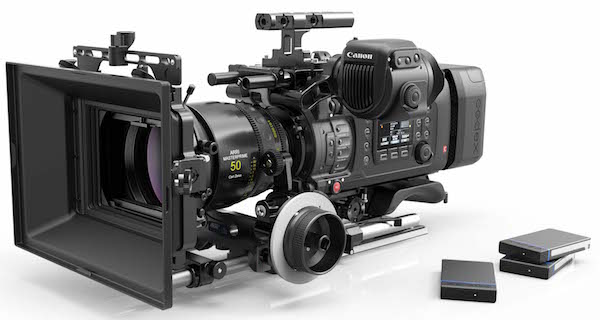 One of the first major announcements coming in the lead up to the IBC convention which begins next week in Amsterdam is from Canon. They have released details of their new flagship C700 Digital Cinema camera. It features a 4.5K sensor that comes in a variety of configurations including standard CMOS or global shutter (GS) CMOS sensor, PL or EF Mount, Internal 4K ProRes to CFast cards, or 4.5K RAW up to 100fps and 4K RAW up to 120fps with a Codex recorder attached. 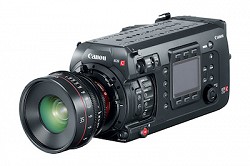 Canon claims 15 stops of dynamic range which is how they’ve been rating their C300 Mk II, however the physical design is a greater departure. The camera body is now a more rectangular module, “brick” design, common to other manufacturers rather than hybrid vertically stretched DSLR type body that was introduced with the first C300 and carried on to the C500, C100, etc. I have to admit that I will not miss that unusual design, but it did keep my friends who manufacture accessories busy trying to adapt these models to established camera support architecture. 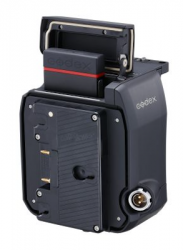 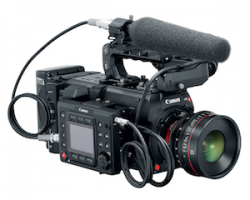 The camera is available in both PL and EF mounts and there will be an option to change between the two, although whether that swap can be handled by the end user has yet to be determined. Canon has been working hard to perfect their excellent Dual Pixel Auto Focus system, and the EF version will carry this feature.  The camera is expected to deliver in November and will be offered as a body only at $28,000US. Canon’s new EVF, ($5,999US), baseplate system, EF Lens control grip, etc. are add-ons.