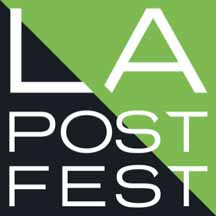 The Los Angeles Post Production Group announced the launch of its first L.A. Post Fest, an innovative video editing competition where contestants will use their creativity, technical skills and storytelling abilities to successfully complete their own version of a professionally shot sci-fi short film.  Each contestant will be provided with the same footage that was shot in 4K using the Blackmagic URSA camera on a greenscreen stage. They will also be offered digital assets including music from Sony Creative Software and space images and video from the European Southern Observatory (ESO). Each entrant will have access to the free version of Blackmagic Design’s DaVinci Resolve 12, for editing and color correction.

The film is based off of Richard Russell’s sci-fi script, “Protocol.” LAPPG co-founder and “Protocol” director Woody Woodhall worked with Russell to craft the script for the particular needs of the competition. “Finding the right script was a challenge. We wanted a story that, although was quite short, still had a beginning, middle and a strong ending,” explained Woodhall. “Richard’s script left the dialog ambiguous enough to shoot the lines under different emotional attitudes, allowing the story to be interpreted and constructed a number of ways in postproduction and the greenscreen element is key in allowing for maximum creativity both technically and in storytelling.”

“Filmmaking is about using the tools at your disposal for creating the story you need to tell and this challenge really embodies that,” said VFX supervisor/colorist Juan Ignacio Cabrera, who is also one of the judges. “Each person entering this challenge is able to tell their own version of story using these raw materials. I’m really looking forward to seeing these films and each person’s unique vision.”
For more information, visit www.lapostfest.org