Kees van Oostrum, ASC to take the Reins at Cooke as Chairman Les Zellan Steps Down 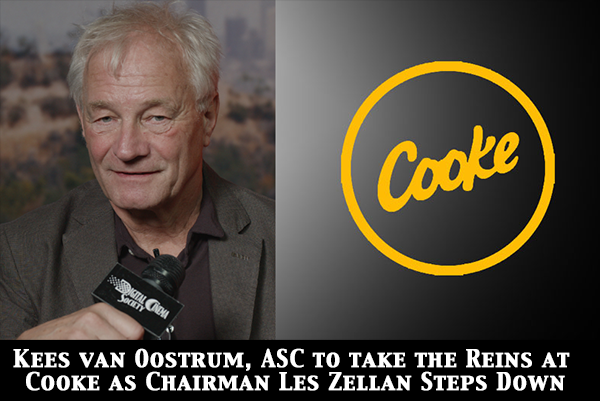 In a surprising corporate reshuffling, Kees van Oostrum, the past president of the American Society of Cinematographers, (2016-2020,)  and current president of IMAGO, has been tapped to lead venerable lens manufacturer Cooke Optics. Current Chairman Les Zellan, who has been with the company since 1998, will be stepping down, and CEO Robert Howard, who joined Cooke in 2008, will also be retiring, both effective at the end of October.  Van Oostrum, who is a current board member, will take on the title of non-executive chairman, while manufacturing executive Tim Pugh, who is new to the company, will assume the title of CEO. 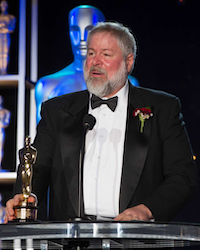 Cooke, who manufactured their first lens back in 1893, is not only one of the oldest lens brands, but also one of the most respected.  Les Zellan accepted an Academy Award of Merit in 2013 and their lenses have been used on innumerable productions including such classics as The Wizard of Oz and The Sound of Music.  Their lenses continue to be popular with Cinematographers who appreciate what has come to be known as the “Cooke Look.” Les Zellan, who had been Cooke’s North American distributor, took over the company in 1998 when he purchased the division from its  parent company, Taylor-Hobson.  He is credited with resuscitating the Cooke brand after building a new 20,000 sq. ft. UK facility with state-of-the-art manufacturing technology to compliment the hand-made ethos which was first used to create the popular Cooke S4  lens line.  A majority stake in the company was acquired in 2018 by Caledonia Private Capitol, with Zellan remaining as Chairman.