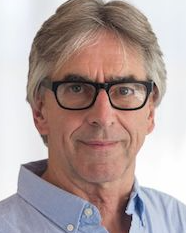 John Lindley, ASC has been elected to lead the International Cinematographers Guild, IATSE Local 600, as president of the union.  Lindley will serve out the remainder of the term of Lewis Rothenberg, who stepped down in mid-February in a dispute over whether he met residency requirements.  The Guild’s constitution and bylaws stipulate that an election must take place within 30 days of the resignation, which was held in a special online vote to avoid spreading the coronavirus.  Lindley has a notable career as a Director of Photography, including such features as Pleasantville, Field of Dreams, The Core, and St. Vincent, as well as several hit TV series including Castle Rock and Manhattan, (an ASC Award Winner for Outstanding Achievement in Cinematography in its category).  Like his predecessor, Digital Imaging Technician Lewis Rothenberg, Lindley is a native of New York, but now lives in Los Angeles, another requirement of the Guild’s Bylaws which caused problems for Rothenberg.  After temporarily assuming the duties as interim ICG President, Dejan Georgevich, ASC, will return as VP, and Camera Assistant, Baird Steptoe Sr. has also been elected as second national vice president to fill the vacancy created by the previous officeholder, Lindley.

As promised by National Executive Director Rebecca Rhine, a smooth transition to fill the vacancy did take place within the limited 30 day time frame, even in the face of the growing COVID-19 pandemic.  A special National Membership Meeting was held on March 7th with the single agenda item of answering questions surrounding the recent resignation of the national president.  The meeting was held in all three regions via the union’s internal video conference system in order to ensure transparency, even before prohibitions restricted large gatherings to avoid spreading the coronavirus.  The Guild leadership opted for the first time to cast their votes for a national executive officer online to avoid spreading the disease.  The 93 seated board members or alternates across the country logged onto ZOOM to participate in the complete nominating and voting process on March 15th.