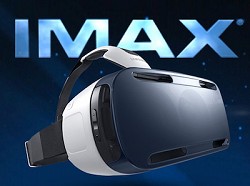 IMAX is reportedly ready to enter the virtual reality space with a set of new initiatives. The firm has revealed plans to develop the IMAX VR camera that will be capable of capturing 360 degree, 3D cinema-grade virtual reality (VR) content. IMAX will partner with Google on the project, which will use their Jump platform and is expected to take 18 months to be developed. As part of the deal, IMAX will also provide Google with existing cinematic footage for conversion into VR content.

In addition to IMAX’s traditional large screen venues, the firm is working to introduce “VR experiences” in malls and other public places where anyone can get access to a VR headset to play games or watch videos. These will first launch as six VR centers starting out with Los Angeles, before expanding to China and elsewhere. Via an additional partnership, the Swedish company Starbreese will develop and manufacture headsets and games.