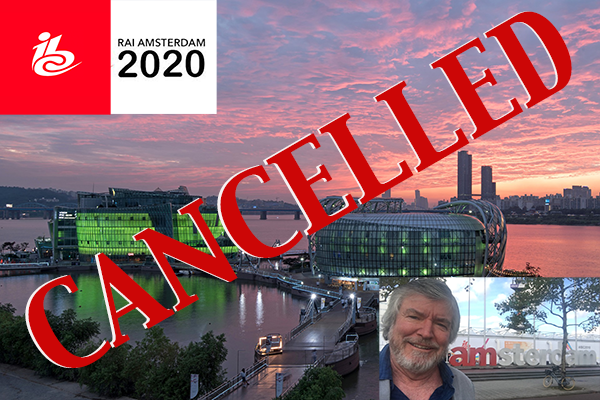 Add IBC to the long list of worldwide events to be cancelled or postponed due to the coronavirus pandemic.  The motion picture and broadcast technology event known as the International Broadcasting Convention, traditionally held at the RAI auditorium in Amsterdam each September, will not be held this year.

After major vendors such as Panasonic started to announce that they would not attend, IBC may have been forced to access the viability of moving forward.  Convention CEO Michael Crimp said “As governments announce the route forward, it has become clear that a return to (a new) normal is unlikely to be achieved by September…Right now, despite the best work of the IBC team and our Dutch colleagues, there are still many unknowns. Therefore, we cannot guarantee that we will be able to deliver a safe and valuable event to the quality expected of IBC.”

Much in line with a course set by NAB, Crimp revealed plans to pivot to a virtual IBC in order to cover product innovations and provide industry networking opportunities.  More details to come as they are announced.