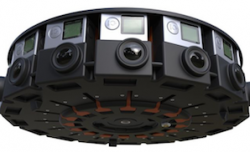 For virtual reality to really take off, it’s going to need content.  Shooting 360-degree is highly challenging and posting it can be even more complex.  So, in order to solve the “Chicken and Egg” conundrum and have VR content they can show on YouTube, Google announced this week at their annual developer conference a new virtual reality platform, called Jump.  Jump’s first offering is a camera called Array created in collaboration with GoPro that captures 360-degree footage.

GoPro built the new device, which stitches together the video captured by 16 cameras into one file while Google built the rendering technology, which allows the 3-D videos to live on YouTube. YouTube’s top video makers will get first crack at access to the new camera starting in July. 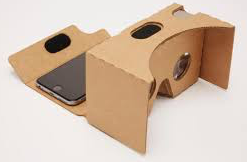 VR content designed on Array will be made available on Cardboard, the company’s low-cost headset which allows a common smart phone to function as a VR player. By keeping the entry level headset solution in the range of $20US, and giving content creator the tools they need to produce VR movies, Google aims to drive adoption for a large, mainstream audience.  They have already shipped over one million Cardboard units since its debut last year.  If you’re interested to learn more, check out the Google Cardboard site:  http://www.google.com/get/cardboard/jump/