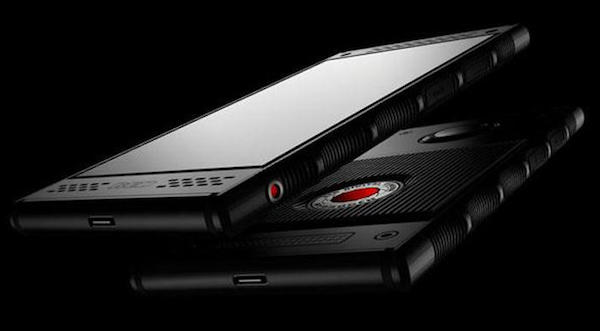 Jim Jannard returned to the spotlight on Saturday evening, May 19th, for an invitation-only event at RED Studios Hollywood. The purpose was to preview his latest innovation, the RED Hydrogen One Mobile Device. About the size of an Apple, Samsung, or Google handset, it is tempting to call it a mobile phone, but that would not do it justice. It is a whole lot of technology built into something that resembles a phone, and yes, it can probably make voice calls, but it is designed to do so much more. 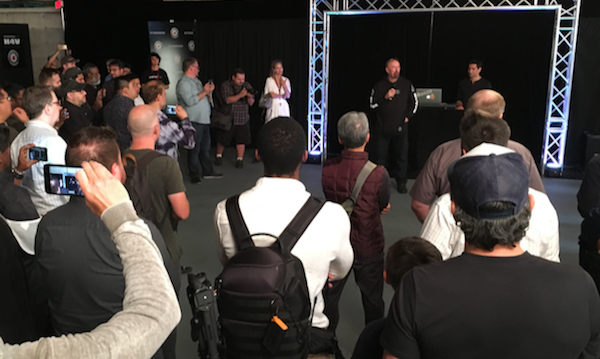 RED has coined the phrase “Holographic Media Machine” for this modular system of camera, and other media creation and playback, device. Let’s start with the aspect of holographic imagery, known as “Hydrogen 4 View (H4V)” in RED parlance. This might conjure images of a Star Wars character popping out of the device…it’s not that. However, it is a quite impressive auto stereoscopic, (no glasses required), immersive viewing experience, with depth cues far beyond normal 3D. In this case, the depth is perceived within the image on a 5.7 inch 2560 x 1440 display that holds up quite well at different viewing angles.

In fact, you can move the handset in front of you to get slightly different occluded perspectives on the image. This should offer interesting applications for gaming and viewing VR180 images without the need of headsets. However, content will need to be transcoded into the H4V format, and RED has already started to work with game developers and studios with 3D content to integrate into their “Hydrogen Network.” Impressive viewing samples adapted to H4V that were demoed at the event included Guardians of the Galaxy Vol 2, Avatar, and Brave.

The Hydrogen also has impressive audio capabilities. I listened to the internal “A3D” system create virtual surround sound via stereo separation. On-board speakers handle playback, or it can output through the headphone jack as well as a USB-C interface. 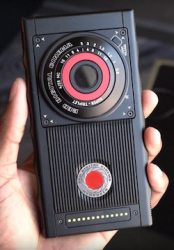 The roadmap calls for creating a highly modular system with adaptions such as a lens module that will support high-end cinema glass. This modularity and the ability to use cinema lenses reminds me of the RED One. While other digital camera companies at the time were making their HD production cameras with broadcast lens mounts, RED added the more cinema friendly PL mount. That, and the fact that it shot 4K RAW, were innovations that helped the camera create a whole new category of cinema acquisition systems.  I understand it is also an Android phone, but I didn’t get a chance to test a voice call or any of the more normal smart phone features. What I did try was a “Holo Chat,” an H4V version of Facetime, but with depth; it was pretty cool.

Both AT&T and Verizon announced that they will be carrying the phone, which is said to start shipping before the end of the summer; (note that is “RED Time,” and actual delivery dates may vary). The Hydrogen One will be available in aluminum for $1,295, with a titanium model going for $1,595.  Apple is said to control 90% of the world’s mobile phone profits with the other manufacturers fighting for the remaining 10%. It will be interesting to see if RED can enter this market from scratch and make their mark. They certainly did in the camera market and only time will tell if they can repeat the magic.