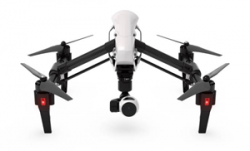 After receiving preliminary approval from the FAA, Cable news channel CNN plans to study the use of drones as a tool for broadcast journalism. CNN announced an agreement with the Federal Aviation Administration that will allow the news organization to fly the unmanned aircraft despite the commercial ban on drones. CNN will report its findings to the FAA over the next two years, which will help shape the agency’s upcoming rules for these aircraft. Drones are already used for reporting in other countries and many times illegally by freelancers reporting in the U.S.

This is a different type of drone regulation than the FAA’s current exceptions for select movie production aerial services. Currently, those companies have to notify the FAA three days in advance of their filming. However, with the immediacy required to cover breaking news, CNN wants the FAA to consider regulating news drones in the same way that they regulate news helicopters.  The FAA will decide on the final rules based on CNN’s testing.

NBC is also in negotiations with the FAA to do similar drone testing while some media groups believe that the FAA’s strict policies on drones violate the First Amendment and have sought legal remedy via the courts.