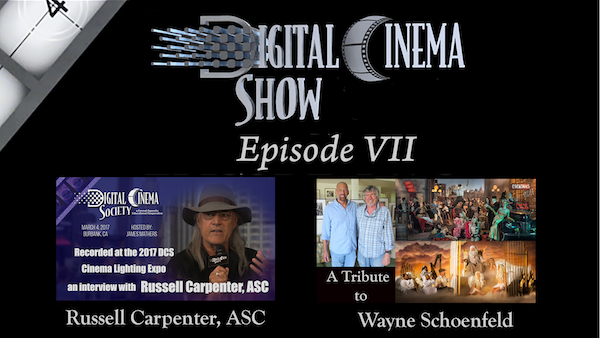 Episode VII of the Digital Cinema Show has now been posted and is available to view from the DCS website. We begin this episode with an interview Academy Award winning Cinematographer, Russell Carpenter, ASC. Russell gives us heartfelt advice, gleaned from his long and illustrious career shooting such movies as Titanic, Ant Man, and True Lies, about how he has learned to deal with both rejection and success. He also stresses the importance of showing respect for one’s fellow filmmaking collaborators and the need to maintain a relaxed atmosphere on the set where Actors can feel safe to create their best performances. The interview was part of the 2017 DCS Cinema Lighting Expo, which took place at the IATSE Grip’s Local 80 stage in Burbank on March 4th.

Next, we pay tribute to a wonderful man who passed away recently by sharing behind the scenes coverage of his final project. Wayne Schoenfeld was not only a successful entrepreneur, but also a gifted photographer and philanthropist. When faced with the dim prognosis that he likely didn’t have too much longer to live, Wayne returned to the art form he loved and used it in service of others. You’ll hear Wayne, in his own words, reflect on his life as he created his last two series of photos entitled The Garden of Earthly Delights and The Final Judgement.  (Be forewarned if you’re offended by it, that there is some nudity in this coverage, which Wayne explains in the piece is integral to his art.) 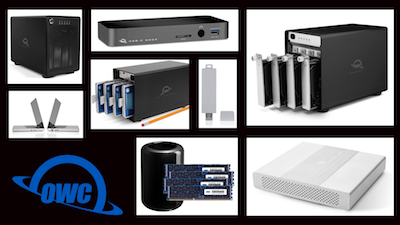 We could not provide this content without the continued support of our sponsors, in particular OWC, manufacturer of innovative SSD, storage and connectivity solutions designed to improve the performance and extend the life of the technology used by today’s demanding Production and Post professionals.

All current and past coverage is accessible from the Digital Cinema Show link on the DCS homepage or visit: