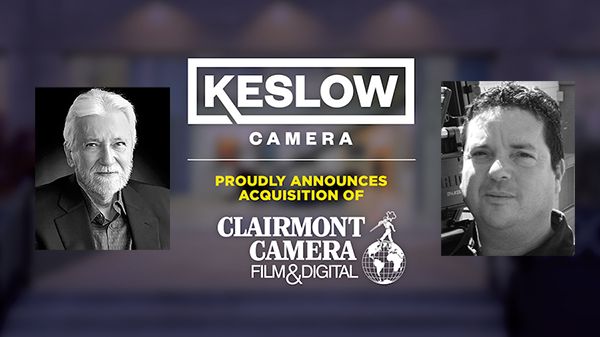 It has been announced that Industry legend Denny Clairmont is set to retire following the acquisition of his company, Clairmont Camera by Keslow Camera.  The two CEOs, Denny Clairmont and Robert Keslow are among the earliest members of the Digital Cinema Society and we are pleased to see Clairmont Camera’s award winning legacy continue.  The firm was founded in 1976 with Denny’s late brother, Terry and went on to great acclaim for service and innovation.  They received a Medal of Commendation from the Academy of Motion Picture Arts and Sciences Scientific Technical Awards Committee and two Emmys for Lens innovations.

The acquisition includes Clairmont Camera’s busy Vancouver and Toronto operations greatly expanding the footprint of Keslow Camera and more than quadrupling their anamorphic and vintage lens inventory.  The acquisition is expected to be complete on or before August 4.