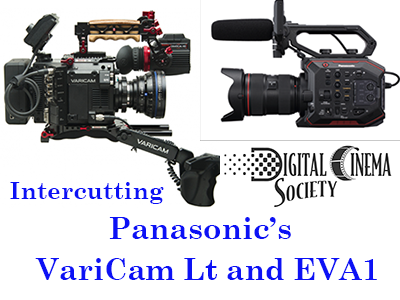 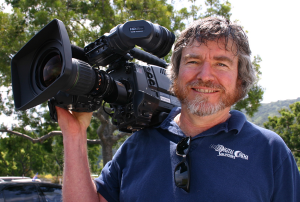 I’ve long been a fan of the VariCam; I owned one of the first generations of the tape based camcorders and used it on several features, TV shows, and documentaries, such as The US vs. John Lennon.  Although it was only a 720 sensor, I loved the rich and subtle colors it was able to capture. 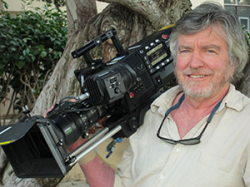 When the VariCam V35 came out a couple years back, I was all over it.  Now I had a 4K, Super 35 sensor that was well matched to my stock of Fujinon zooms and Zeiss prime lenses.  The new camera seemed to retain the color characteristics I loved, with the added bonus of expanded dynamic range and sensitivity, plus the ability to crank up to 120fps in full 4K.  The dual native ISO, where you can set a base of 800 or 5000, and then go up or down from there, was also a great feature.

I started to regularly borrow the camera under the guise of “testing” for a large variety of projects, getting very comfortable with the ease of use and workflow.  Shooting Vlog allowed me to retain expanded dynamic range without baking anything in, but still easily apply a LUT to get a good look on set, then send those settings along to my Post collaborators so they would know what I was going for.

When the LT was later introduced, I needed to “test” that as well and found it to be a great addition.  With the same great dual native ISO sensor, they are very compatible, but at half the weight, it is especially useful for my handheld and jib work, saving the VariCam 35  built up in studio mode and riding on the OConnor 2560 for the longer lens work and for the higher frame rate capability; (the LT maxes out at 60fps in 4K).

Maybe Panasonic got tired of me borrowing their cameras so often, because when I suggested I might be able to purchase them if I got a sweet enough deal, they found a couple of demo units which they were willing to part with.  So I recently added a VariCam V35 and an LT to my camera inventory and have actually been keeping them quite busy on a variety of projects including one with the V35 recording uncompressed to an on-board Codex recorder. 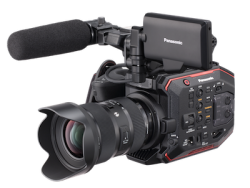 Now, the VariCam family has a new little brother, the EVA1.  It also offers dual native ISO, (although topping out at 2500ISO), and is even lighter weight.  It also records 4K in Vlog to SD cards, and although my friends at Panasonic tell me it has great potential to intercut and serve as a B-Camera on a VariCam shoot, I needed to test it myself.  So I again borrowed a camera from Panasonic, but this time it really was for a test.  I wanted to see if the EVA1 could hold its own and intercut with a VariCam.

Since the EVA1 has a native EF mount, and the LT is easily convertible to EF, I decided to go with EF.  However, all the lenses I own are PL, so I turned to my friend, Snehal Patel at Zeiss who kindly provided a set of CP.2 EF Superspeed Primes, (T1.5).

If you control your lighting and give adequate exposure, you can make just about any camera look decent, and I had the Superspeeds, so I decided to shoot with only available light.  This also kept things fast and uncomplicated, because as you’ll see, I didn’t have a very large crew.

In this very short 4K clip, you’ll see shots captured with the EVA1 cut in a checkerboard fashion alternating with the VariCam LT.  If you look closely, you can be sure which camera you’re looking at because the other one is featured alternating as a prop in each shot, (each shot is also tagged with the taking camera).  Both were recorded in Vlog and the only color correction applied was the standard Panasonic Rec 709 LUT.  And not to leave out the V35, there is also a shot captured at 120fps tagged on to the end for comparison.