by James Mathers, Cinematographer and Founder of the Digital Cinema Society 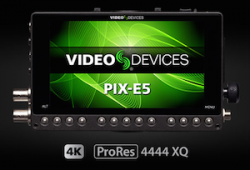 Working with the large variety of cameras and formats that come my way is both a blessing and a curse. While it’s fun to try new gear and discover different ways of working, it can also be challenging to feel comfortable and confident in the tools you’re using when they are different for each job.

A prep period is usually built into the schedule of longterm projects, but some of the short assignments coming my way lately throw new gear at me with little notice, yet I’m still expected to hit the ground running. In the last five weeks, I’ve had five completely different types of projects come my way, each requiring a different camera and format. 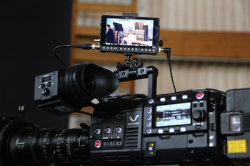 I was somewhat reluctant to add another new element to the mix, but during this same period, I had also been asked to evaluate the new PIX-E5 monitor/recorder, so I decided to bring it along and see if I could make use of it in real production environments. For my money, on the set, where the rubber meets the road, is the only real place to meaningfully test gear. Instead of adding complexity, the PIX proved extremely valuable in uniting these diverse packages, and raised my comfort level across all the jobs by offering one constant tool that worked with all the various camera systems: Panasonic VariCam35, RED Epic, Canon XC10, Canon C300, and Canon 7D HD/DSLR.

I’m a longtime user, and a fan of Sound Devices products, so I was ready to invest in their first video recorder, the PIX 240 when it was released a few years back. Its ability to directly record many flavors of ProRes or DNxHD from a variety of different cameras, along with a built-in Ambient time code and sync generator, 8 separate channels of audio, and a 5” display, made it the centerpiece of many of my projects.

However, the company hasn’t been resting on its laurels, and has been constantly working to improve its video line, even creating a new brand known as Video Devices to emphasize a commitment to these recorders. The current model, which I had the pleasure of putting through its paces, is the PIX-E5. 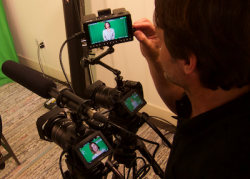 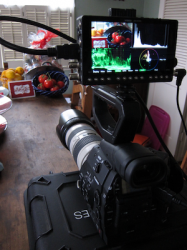 Like previous models, the PIX-E line features a display, but offers a whole new level of monitoring. While the 240i offered a 5” confidence/control display, it wasn’t up to the task of critical picture monitoring. The new PIX models, on the other hand, (both the PIX-E5 with a 5” display, and the larger E7 at 7”,) have fantastic picture quality at HD resolution, and a large array of sophisticated monitoring functions. 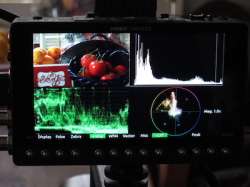 Known as PIX-Assist™ this set of tools and scopes includes Waveform, Vectorscope, Histogram, Peaking, Zebras, False Colors, and Frame Markers. You can even select a four way view to show your picture along with a choice of three of these functions on a single screen. It also allows for the creation and viewing of custom LUTs, along with several focus assist modes. The coolest is the TapZoom™ which provides an instant 2x or 4x zoom into wherever you tap on the touch screen. Simply tap the screen again and you’re back to the full frame. Amazingly, you can even tap on a moving subject within the screen and it will keep the zoomed-in image centered following the movement across the frame. 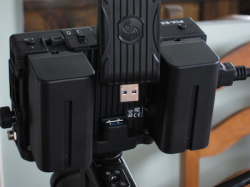 Like all previous Sound Devices products, the build quality is excellent, but even though this little unit is built like a tank, and packs so many functions, it only weighs in at a svelte 1 lb. There are also lots of nice little mechanical innovations, such as the ease of use with things like the USB3 interface for on-board SSD drives with no adapters or docking station necessary. 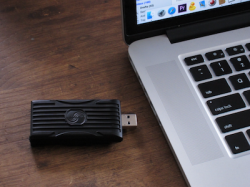 The super fast mSATA SpeedDrive is basically a thumb drive, currently available in either 128GB or 240GB, that snaps into a slot for on-board recording, and can then be removed and plugged directly into your computer’s USB slot for download and backup.   A 250GB and 500GB version has recently been approved with a 1TB edition also being tested and expected to be made available soon. 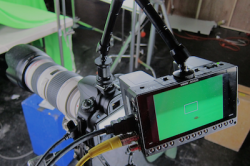 The PIX-E5 can operate off external 10 to 34 VDC or with dual Sony L-mount batteries. If you switch power sources during operation, the PIX-E5 will seamlessly switch without causing a shutdown. It is also worth mentioning the AC power adapter input that threads into the chassis so the power can’t be easily yanked out. 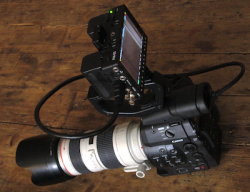 It’s lots of nice little innovations like that incorporated into one small light weight unit that make the PIX-E a rugged, reliable, Swiss army knife recording monitor. It has the ability to record to and from a variety of codecs with great control features and beautiful picture quality. Retailing at less than $1,400US, it can be a very good tool to keep in your arsenal no matter what cameras may come your way.