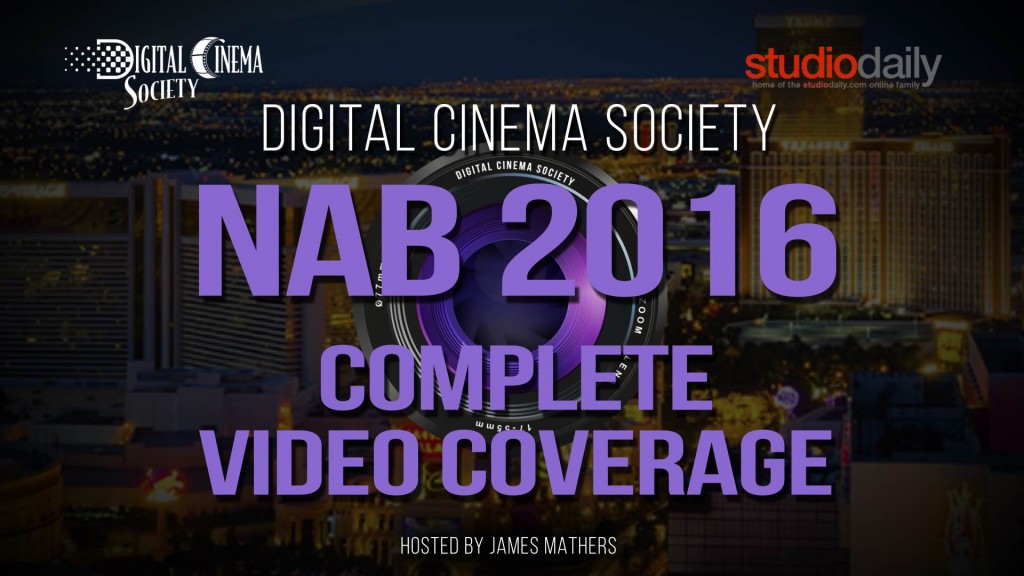 If there was one word to describe the broad range of technological progress on display at NAB 2016 it was “incremental,” and that is not necessarily a bad thing.  Over the last decade our heads have been spinning trying to keep up with the seemingly constant and profound upgrade cycles.  Before equipment owners could even begin to think of amortizing their investments, new versions would come along to make their newly purchased gear obsolete.

Technological progress is to be celebrated, and the improvement in the quality of the tools at our disposal has been fantastic.  However, I think we were starting to see fear develop in the minds of potential purchasers, the kind of fear that could stop them from investing, and thus halt progress.  Reacting to this trend, Manufacturers seemed to have chosen this year to concentrate on filling out their product lines, and building more value into their offerings.

This is not to say that there was nothing new at NAB, but for example, the emphasis for both Canon and Fujinon’s new Cine Zooms was on affordability, and outside of the VR space, I really can’t think of a major new camera release.  Meanwhile, Post Production software has transitioned from selling boxes to a subscription model allowing for more regular upgrades throughout the year with no need to wait for NAB to announce major new releases.  Marketing teams are stressing the value rather than just the newness of their products.

There are still lots of great products and improvements to be discovered in our coverage of NAB.  We shot over 60 on-camera interviews at the convention this year, and each reveals solid product innovation and improvement.  You can keep current on state-of-the-art Digital Cinema technology by viewing our streaming coverage of NAB 2016.  And if you want to see some radical new technology, check out the segments on the Lytro and Nokia OZO capture systems.

We shot NAB for the first time in 4K this year, and will provide in-depth coverage of the tools and workflow we used in our next eNewsletter.  In the meantime, here’s a link to our streaming coverage of NAB 2016:

HDR was a hot topic at NAB 2016, and you might also like to watch a panel  discussion on the subject hosted by The Studio-B&H and moderated by DCS Founder, James Mathers.  The outstanding list of panelists includes David Stump, ASC, Light Iron DI Producer Rachel Sloan, Technicolor Postworks CTO Joe Beirne and Canon’s Larry Thorpe.