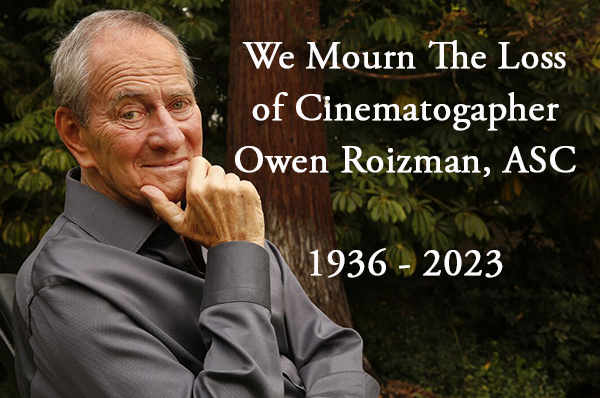 Fivetime Oscar nominated Cinematographer Owen Roizman, ASC has passed away at the age of 86.  His amazing body of work includes such classics as The French Connection, The Exorcist, Network, Tootsie, and Three Days of the Condor among many others. Although nominated so many times for movies he shot, and never taking home the Academy Award for Best Cinematography, he was given an honorary Oscar for his career achievements in 2017.  He was also honored with several lifetime achievement awards including from the American Society of Cinematographers and the International Film Festival of the Art of Cinematography Camerimage. He served on the board of governors of the Academy of Motion Picture Arts & Sciences, representing the cinematographers’ branch and was Kodak Cinematographer in Residence at the UCLA School of Theater, Film and Television in 2003.