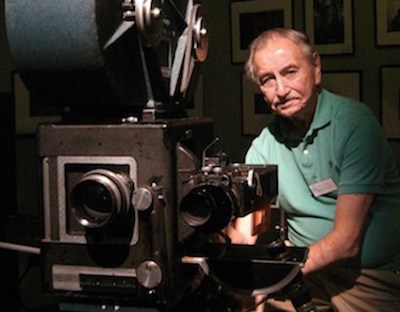 Distinguished Cinematographer Sol Negrin, ASC, a longtime member of DCS and ardent volunteer in the service of educating the next generation of filmmakers has passed away. During his six decade long career as a Cinematographer, Negrin earned five Emmy nominations, three for episodes of the television series Kojak, one for the television movie The Last Tenant, and one for an episode of the series Baker’s Dozen. Other episodic Director of Photography credits include McCloud, The White Shadow, St. Elsewhere, and Rhoda.

Negrin’s feature film credits include The Concert for Bangladesh, Amazing Grace, Proof of the Man, and Parades. He also contributed additional cinematography to many feature films including Crazy Joe, Superman, Coming to America, King Kong (1976), Jaws 2, and Robocop. During this period he also found time to shoot innumerable commercials earning four CLIO Awards.

Born in New York City in 1929, Sol studied cinematography at City College Film Institute before starting his career at a commercial/industrial film company in the city. He worked as an AC through 1960, then moved up to camera operator on episodics including The Naked City, The Defenders, Car 54, Where are You?, and The Patty Duke Show.

Negrin was well known for his great generosity in sharing his experience and expertise with students and aspiring filmmakers via educational activities with the ASC, the ICG, and DCS. He also spent the last fifty years teaching various courses on cinematography at Five Towns College in Long Island, New York, where he earned an honorary doctorate of fine arts degree in 2002.

We extend our deepest sympathy to his entire family, and especially to his son, Michael Negrin, ASC, who like his late father, is also a very notable Cinematographer and very generous in volunteering his time to DCS.