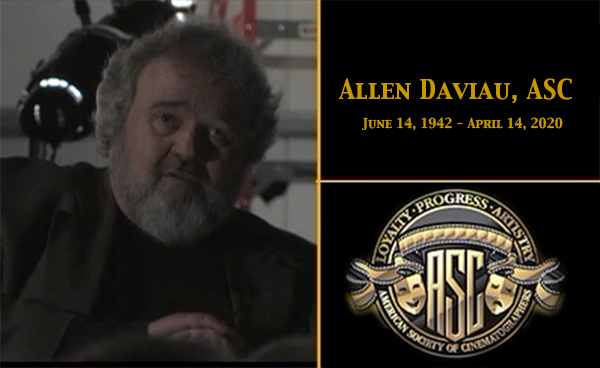 It is with a heavy heart that we share the sad news of the passing of our longtime friend, collaborator, and DCS Advisory Board member Allen Daviau, ASC.  He died at the Motion Picture & Television Country House and Hospital on April 14, 2020 at the age of 77 as a result of complications from COVID-19, (the fourth resident to succumb to the virus.)  Allen was an important contributor to DCS from the very beginning, appearing as one of the first interviews in our documentary Digital Cinema Solutions in 2003 and serving as a featured instructor at our first lighting workshop.  He was not only a master craftsman, and a gifted artist, but also a good friend and a kind man, who was very generous with his knowledge and willing to share advice or even just a great tale from his storied career in the industry. 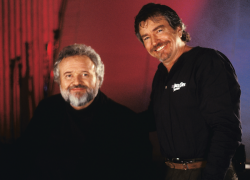 A five-time Oscar nominee, and multiple award winner, Allen’s great body of work included E.T. the Extra Terrestrial, The Color Purple, Bugsy, The Falcon and the Snowman, and Empire of the Sun, just to name a few.  Allen was honored with lifetime achievement awards from the Art Directors Guild in 1997 and the American Society of Cinematographers in 2007. In addition to his work in film, he served as Cinematographer-in-Residence at the University of California, Los Angeles. 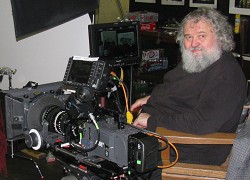 Allen was technologically and creatively courageous, never afraid to try new things, while many other notable Cinematographers would prefer to stick with the tools they knew.  When Panavision needed a top DP to objectively shoot side-by-side tests between film and their latest digital camera, they tapped Allen, knowing he would make any format look its best.  One of his last projects was shooting a 3D short with Dick Van Dyke and working with DCS to help photograph a show reel for the first of Canon’s cinema zoom lenses.