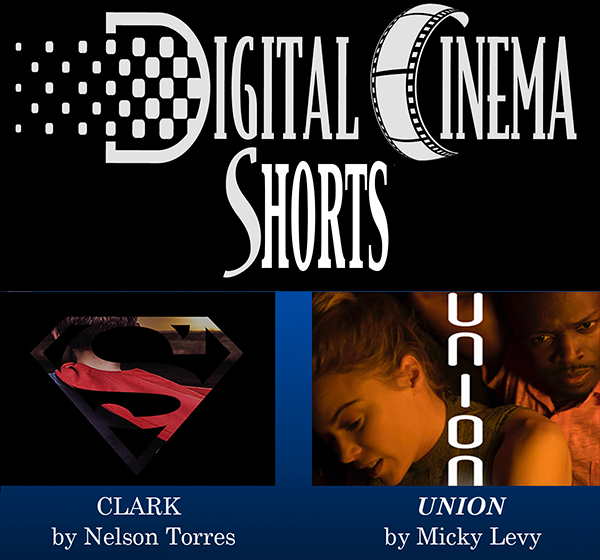 DCS recently celebrated the launch of our latest effort to be known as Digital Cinema Shorts with a special screening for cast, crew, and interested members at Raleigh Studios in LA.  The two films could not have been more different, but were both very well received.  Union, directed by Micky Levy, is a dark, but sometimes comedic look at a couple coming to terms after being abducted and locked in the truck of a car.  Clark, directed by Nelson Torres, and produced by his sister, Christine Torres, is a fun take on the Superman legend.  It asks what would happen if the young Superman had more in common with Dennis the Menace than the superhero he would grow to become.

About the only thing these movies had in common was that they were shot by James Mathers using much the same equipment package, Panasonic VariCam, Fujinon lenses, and a variety of new LED technology, some of which was on loan to DCS for testing and evaluation.

A short movie can be a calling card for an up-and-coming filmmaker, serve as a pilot or trailer for a longer project, or perhaps even be monetized to generate income.  Audience attention spans may be shrinking and perhaps longer form entertainment is not as well suited to view on mobile devices.  Whatever the reason, some very smart people are starting to pay attention to shorts.  Jeffrey Katzenberg, who enjoyed great success with Dreamworks, recently hired Meg Whitman, who helped build eBay and formerly ran Hewlett Packard, to start NewTV, a $1 Billion venture to produce short-form content.

However, even a short film can be challenging to produce on a professional level.  Digital Cinema Shorts is a program whereby DCS will selectively help Indie filmmakers pull together the elements to create quality short form content.  The idea is that DCS Founder, James Mathers, in cooperation with his crew and DCS, will selectively offer to make their combined resources available at very modest costs to filmmakers trying to create quality content.  This could include high-end camera and lens packages, extensive G&E, and very experienced crew, plus production insurance, which always seems to present a major challenge to short form producers.  Let’s make some movies!