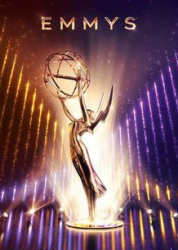 A number of prominent longtime DCS members have been award  Prime Time Emmys.  They include M. David Mullen, ASC, Director of Photography in the category of Outstanding Cinematography For A Single-Camera Series (One Hour) for the Simone episode of The Marvelous Mrs. Maisel.  In the category of Outstanding Cinematography For A Multi-Camera Series, Donald A. Morgan, ASC won the award for the Reckless episode of The Ranch.  He was competing against fellow DCS members George Mooradian, ASC for an episode of Rel and Gary Baum, ASC for an episode of Will & Grace, so it was obviously a very competitive field.  Congratulations are also in order for Peter Hutchinson, who was part of the camera team honored for their work on The Late Show Carpool Karaoke Primetime Special.