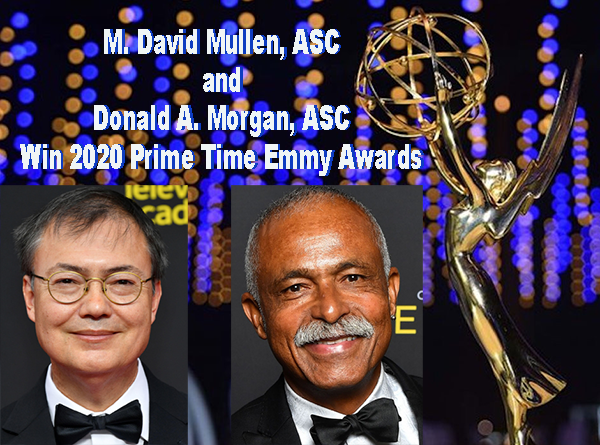 Donald A. Morgan, ASC is another longtime DCS member with even more Emmys under his belt who won again this year.  As he has done for the last three out of four years, Morgan collected the Emmy for Outstanding Cinematography For a Multi-Camera Series for an episode of the Netflix series The Ranch.  This makes a total of 10 prime time Emmys for Mr. Morgan, many while shooting another popular long running series, Home Improvement.