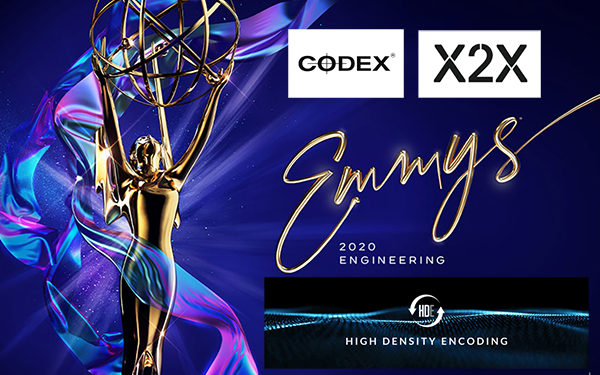 CODEX, part of the X2X Media Group, has been honoured with a 2020 Engineering Emmy® Award, recognising the engineering behind the CODEX RAW Workflow with High Density Encoding (HDE).  The CODEX RAW Workflow provides an efficient and cost-effective solution for television production using high-end camera capture in a RAW format. It offers the fastest data migration process for RAW camera content available in a completely proven and deployed end-to-end secure transport workflow from production to post. When enabled with HDE for ARRIRAW files, a reduction in the data footprint of up to 50% can be realised with no loss in image quality. HDE reduces the storage costs from production through post and saves time in data migration and file transfers and during the final archive to tape or the cloud. It also saves time during post-production processing, as the data files are smaller in size by 50%.  Television shows that have deployed a CODEX RAW Workflow include The Mandalorian (Disney+), El Camino (A Breaking Bad Movie), Daybreak, Altered Carbon (Netflix) Good Omens and Troop Zero (Prime Video) and Big Little Lies (HBO). 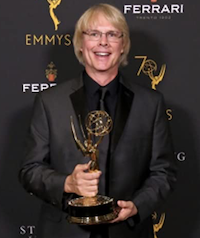 DCS Advisory Board Member Brian Gaffney, Vice President of Business Development at CODEX, said, “We would like to thank the Television Academy for this engineering recognition. We would also like to thank the Cinematographers who have demanded a RAW master and for the digital imaging technicians, data managers, and post partners who have quickly adopted HDE into their workflows. We are absolutely thrilled to receive a second Engineering Emmy Award in recognition of our continuing work to evolve the production pipeline from capture to the cloud.  CODEX was previously awarded an Engineering Emmy Award in 2018 for its “Recording Platform and Capture Media”.