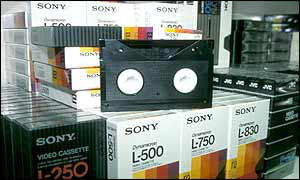 Four decades after it’s introduction and 13 years since they made a compatible VTR, Sony has announced that it will stop selling their pioneering home video format Betamax video cassettes in March 2016. The format was first launched in 1975, a year before JVC’s rival, the VHS cassette, which eventually became the market leader after a long battle between the two formats. Although many felt Betamax was the superior format, VHS featured longer recording capability per cassette, three hours versus one. Less expensive unit prices for tapes and VHS machines were other major factors helping VHS to eventually win out.