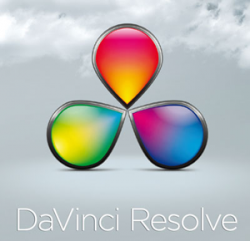 Blackmagic Design announced the release of DaVinci Resolve 11, available for download free of charge for all existing DaVinci Resolve customers. It is said to be a major upgrade with over 100 new editing and color-grading features including nonlinear editing with context sensitive trimming tools, onset file cloning, a new ColorMatch feature, and a new collaborative workflow that allows multiple users to work simultaneously on the same timeline.

Also featured is a new spline curve keyframe editor integrated into the edit timeline that positions keyframes directly under each clip and in context with the clip. Editors can now also add and animate Open FX plugins directly in the timeline as well as use plug-ins for transitions.  New collaborative workflow tools allow an editor and multiple colorists to work on different workstations, sharing the same timeline and working in tandem as they complete shots.  Each user can see the timeline update so they are all working on the same job at the same time.

The company has also developed a tighter integration with Final Cut Pro X. This is possible because more of the features in each application are compatible so projects can be moved back and forth easily.  Color correction features have also been upgraded in the new version, including new RAW image and color grading controls. The new camera RAW palette features highlight and shadow recovery, mid tone detail, color boost, saturation, lift, gain and contrast.

Version 11 also features Color Match, a new Color Match tool that automatically gives a primary base grade by analyzing shots containing standard color chip charts even if they were shot in different lighting conditions with different exposure and color temperatures.