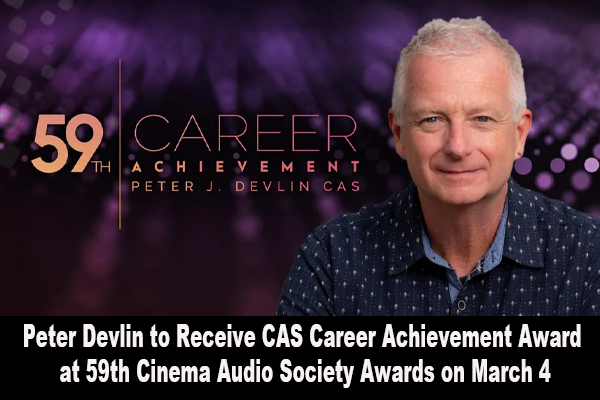 Five-time Oscar-nominated production sound mixer Peter J. Devlin will accept the Cinema Audio Society’s Career Achievement Award during the 59th CAS Awards on March 4 at the InterContinental Los Angeles Downtown. Devlin has worked on more than 70 films and has been nominated for Academy Awards for Black Panther, Transformers: Dark Side of the Moon, Transformers, Star Trek (2009) and Pearl Harbor. He was recently elected as a governor of the Academy of Motion Pictures Arts and Sciences, and is a past CAS board member. Devlin was born and raised in Belfast and started his career at the BBC. His upcoming work includes Black Panther: Wakanda Forever and Chris Pine’s directorial debut Poolman.