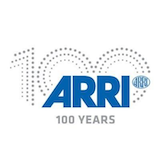 Fresh from their 100 year anniversary celebrations in Munich and Amsterdam attended by more than 1,000 guests, ARRI also had new products to debut at IBC.  Their popular SkyPanel, known for its high output and large light aperture has received a major update.  The new model S360-C is even bigger and brighter with a host of fresh features including wireless DMX built in and a unique carbon fiber yoke.  The surface area of the S360-C is over 5.8 times larger than it’s predecessor, the model S60 outputting abundant soft light in a wide 105° beam angle. The light wraps around large objects and throws much farther than the smaller SkyPanels. 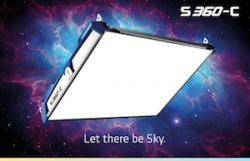 At over 120,000 lumens, the S360-C is one of the brightest LED soft lights on the market. Compared to the S60, the S360-C is more than four times brighter and maintains excellent color quality and tuneability while consuming only 1,500 watts.  SkyPanel has always had a multitude of ways to control the light output: DMX, RDM, Art-Net, sACN, 5-Pin XLR, and Ethernet.  However, the S360-C adds another important communication method, built-in wireless DMX.  The S360-C is fully tuneable from 2,800 K to 10,000 K with plus/minus green control and access the full color gamut with hue and saturation, RGBW mixing, digital gels, source matching, or CIE x, y coordinates, achieving over 85% of the colors within the Rec 2020 color space.