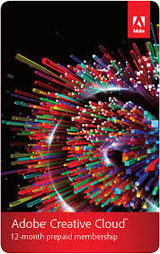 Adobe updates to Creative Cloud include new connections between desktop apps, which have now also been extended onto mobile devices.  The new group of mobile apps include Premiere Pro, Photoshop, Illustrator, and Lightroom.  With this new integration, the idea is that you will now be able to import projects you create into the desktop version of Premiere Pro as well as onto your mobile device, and seamlessly move between the two. 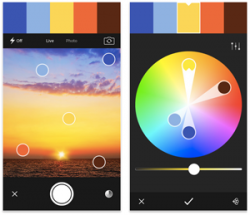 A new series of mobile capture apps also connect to their suite of desktop apps.    New in the Premiere software, is Premiere Clip which transforms video shot on iPhone or iPad into edited videos that may shared, or sent to Adobe Premiere Pro CC for conventional editing and finishing.   Among other updates is GPU-optimized playback for viewing high resolution 4K and UltraHD footage in Premiere Pro CC.  Retina display, and 3D support has also been added to After Effects CC along with improved Mercury Graphics Engine performance.

Of course, Cloud Storage is an integral part of the platform and the new Creative Profile, or identity, not only connects users to their assets, but also their work preferences at all times and at any location. The Profile moves with artists between apps and devices, so assets automatically appear when required, in context.  These updates to Creative Cloud are available to members now as part of their membership at no additional cost, and the mobile apps work with all Creative Cloud plans.