The UHD-TV specification calls for a new color gamut, the so-called 2020 gamut.  It expands the RGB primaries to the edge of the spectral locus to create the biggest color gamut yet.  Displays that can achieve this gamut, or close to it, will show us colors we have never before seen on electronic displays, which is a good thing.

On the other hand, new issues will have to be addressed: color accuracy, out-of-gamut mapping, metameric variability and metrics to properly measure what we perceive.

Being able to show colors we could not show before will be well received by end users as well as content creators.  Today content is often captured in a wide color gamut but then mastered to fit the color space of the target display.  For HDTV, that is the Rec. 709 color space.  sRGB is used for Internet content, graphic designers like the Adobe color space and cinemas use the DCI-P3 color space.

Often, content mastered in one color space for a particular display (think cinema projectors and P3) needs to be shown in a different color space on displays with different color capabilities (like a HDTV and 709).  Sometimes this requires the use of a colorist to remaster the content, transforming colors from the wider P3 space to the more narrow 709 space.  Sometimes, algorithms do this automatically.

Consider two scenarios.  In one, you start with content captured or mastered in a large color space that needs to be mapped to a smaller space.  Here, the choice is mostly about how to clip or remap colors that are in the content but are beyond the capability of the display.

In the second case, you start with content mastered in a smaller space that now must be displayed on a device with a larger color gamut.  One way is to simply not use the extra colors and display it the way it was mastered using accurate colors in the original color space.  Sometimes, the display will stretch these colors by increasing the saturation allowed by the bigger color space.  That can be dangerous as it relies on an algorithm to create colors that were not in the original content.

These are all real and valid questions to ask.  If we stretch colors to fill the native color gamut of the display, are we creating inaccurate colors?  What is the goal here – To create a more pleasing image for the end user or an accurate image that is faithful to the original intent of the creator?

There is also evidence to suggest that more saturated images appear brighter than less saturated image when compared on side by side displays with identical luminance as measured on a meter.  But this effect (the so called H-K effect) varies with colors and varies with the luminance level.

Do you see a color the same way that I do?  When objects or displays are illuminated by a light source with broad spectral output (like projector lamps or white LEDs in LCDs), a panel of average people will all agree that a pink square is pink, for example.

But as we move to narrow spectral light sources, like lasers or quantum dots, the variability increases, called metameric variability.  No longer does this same group agree that the panel is pink.

Color perception is not just affected by narrow primaries.  It can happen in conventional displays with seemingly conventional images.  A good example was the infamous “blue dress” that some thought was white with gold trim. 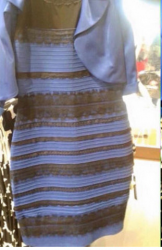 Figure 1, to the left is the so-called “Blue Dress” image that many see as white and gold.  The explanation for this phenomenon is complex but has to do the spectrum of the illuminating light and how our eyes and brain processes the color components detected by the different receptors in the eye.  The perception of this image depends on the context in which it is viewed.  How such effects can be woven into display metrics and a correlation with human visual perception is no easy feat – if even possible.  But it does reinforce the notion that color science and human perception of colors is very complex and more work is needed.

If you want to learn more, consider attending the Display Summit in Orlando June 15-16, just prior to InfoComm.  This thought leadership event focuses on the latest advancements in the pixel pipeline and wide color gamut technology is on the agenda.

In a demo session, attendees will have a chance to see identical wide color gamut content (captured and mastered in 2020 and 709) displayed on a reference monitor (Eizo), quantum dot TV (QD Vision), LED projector (Digital Projection) and laser phosphor projector (Sony).  The demo will seek to show colors that are beyond the 709 gamut but are now visible in displays with wider color gamuts.  The demo will also illustrate how these displays map 709 content to the wider gamut of the display, allowing comparison to the native colors.  Helping to create the content and play it out at Display Summit are SRI International and Archimedia Tech.

A companion presentation and panel session will explore many of the issues discussed above and the impact on wide color gamuts on the entire professional and consumer pipelines.  For more information or to register, go to: www.displaysummit.com.