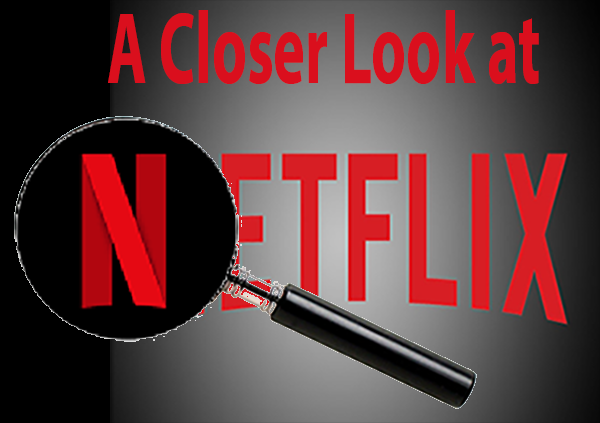 It’s hard to pigeonhole Netflix; are they a Producer, Distributor, Studio, or an OTT streaming service?  Yes, they are all that and have been quite successful in their many iterations.  There has probably been no greater disruptive force in the media and entertainment sector in the last decade than Netflix.  Please note that I don’t view this disruption as a negative, because change, although sometimes painful for the displaced, is inevitable and can be very beneficial.  I feel that Netflix has been, and continues to be, a source of positive change in the way we create and consume entertainment.

So why are so many down on Netflix?  Yes, it was sad when the corner video store went out of business, and Netflix, first with their mail order home entertainment delivery, and then via streaming, played a large part in closing that chapter of home entertainment distribution.  Many in the filmmaking and exhibition community, including most notably Steven Spielberg, were also not pleased to see Roma, which was distributed by Netflix, enjoy such success at this year’s Academy Awards.

Detractors contend that a Netflix release should not be considered a feature for the purposes of Oscar recognition, even though they did follow the Motion Picture Academy’s protocols with a requisite theatrical release.  They are also now members of the Motion Picture Association of America (MPAA), the global trade association that advocates on behalf of the film industry along with the likes of Disney, Paramount, Sony, Fox, Universal, and Warner Bros.

Exhibitors are likely on the defensive, fearing that the elevated quality of home theaters and easy access to the latest content, will eat into their business.  They want Distributors, including Netflix, to honor the “theatrical window,” the length of time a movie plays exclusively in theaters which has traditionally been at least 90 days.  Filmmakers like Spielberg, on the other hand, just seem to feel that elevating a Netflix project to be in consideration of an Oscar takes away from the status of the award. 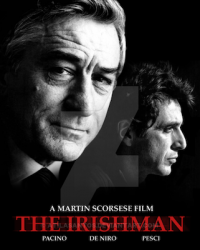 But not all notable filmmakers snub their noses at Netflix, others, in addition to Alfonso Cuarón, who are happy to make movies for Netflix include Martin Scorsese, who recently collaborated with them on The Irishman, a crime saga starring Robert De Niro, Al Pacino, and Joe Pesci, as well as Director Ron Howard who is currently in production on Hillbilly Elegy starring Amy Adams and Glenn Close.  Later this year, Netflix will release the Michael Bay-directed 6 Underground, and have also committed to make the action movie Red Notice, with Dwayne Johnson, Ryan Reynolds and Gal Gadot.

Despite the challenge to its eligibility, the fact is that Roma did exceptionally well at the Oscars, scoring a Best Director and Best Cinematography award for Director/DP Alfonso Cuarón, Best Foreign Language Film, and it was even in the running for Best Picture.  And in the television arena, Netflix broke HBO’s 17-year streak of most Emmy nominations in 2018 with 112 total for the year.  They are also gaining on broadcast TV; according to Netflix stats, their viewership now accounts for 10% of television screen time in the U.S. 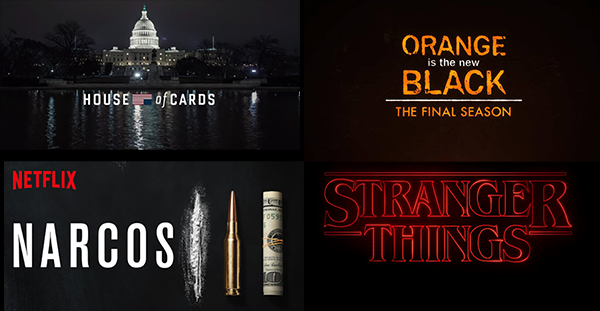 Although it is hard to quantify, as Netflix does not need to report ratings as other ad supported platforms do, they have had a number of verifiable series hits over the last number of years including House of Cards, Orange is the New Black, Narcos, and Stranger Things.  The company reports, however, that only one-third of its 150 million subscribers are drawn to its movies, with TV accounting for the rest. New movie productions, it hopes, will help retain current viewers and attract new ones.

Perhaps it is the fear of disturbing the status quo, or the media’s need to build ‘em up so they can tear ‘em down.  Whatever the reason, there has been a lot of harsh press about Netflix in both the Business and Entertainment trade journals lately.  You would think the sky was falling when it was reported that they had a slight dip in subscribers during the last reported quarter.  They did acknowledge a loss of U.S. subscribers for the first time in nearly a decade, down 126,000 in June compared to March. But remember, that is a relatively small fraction of their current total of 60.1 million U.S. subscribers and 90.4 million around the world.

In the course of a few days after the mid-July announcement contained in their quarterly earnings report, their stock dropped about 20%, and has yet to recover much.  Speculation has it that this is due to a small rate increase combined with a dearth of any binge worthy content premiering during that particular quarter.  However, now that the extremely popular Stranger Things third season is running, and consumers adjust to the new rates, I’m sure subscriber growth will rise again.  And I don’t think losing the rights to re-runs of Friends and The Office, (which is not leaving until the end of 2020,) will have that much impact; really, how many times over can you re-watch old sitcoms.

Netflix continues to invest heavily in its prime attraction, original content, to the tune of $15 Billion in 2019 alone. This spending dwarfs that of any competitor. And they are not just investing in content, they are also building or taking over studio facilities in places like L.A., London, Albuquerque, Amsterdam, Madrid, Paris, and Toronto.  They are taking advantage of local production incentives, as well as meeting requirements for locally produced content.  In New Mexico, for example, they are receiving a total of $14.5 million in government funds for the purchase of the financially distressed ABQ studios in Albuquerque.  And in Europe, in order to meet locally produced content mandates, they are slated to produce or co-produce 225 European originated television shows and films this year, at a cost exceeding $1.7 billion. This massive production output is a 57% increase from 2018. 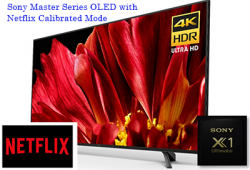 In their quest to offer a better user experience, they have also devoted considerable resources to creating standards for such technologies as higher resolution capture and display, as well as HDR.  Their production and delivery requirements have become the de facto standard for high end digital production.  In doing so, they have greatly accelerated the transition from HD to 4K, as no producer wants to create a project that is not capable of being carried by Netflix, and their competition certainly doesn’t want to be bested by them. 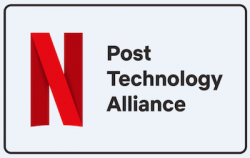 They don’t just make technical proclamations, but share their technical roadmap broadly across the industry with technology collaborators and users.  For example, they have developed a program called the “Post Technology Alliance” to certify post-production products and systems from manufacturers and vendors that meet their technical and content delivery specs.  The program also acts as a conduit for Netflix to support creatives and technology partners on new feature sets and tools.  This way, Filmmakers can be assured that certified companies and services meet Netflix technical and delivery specifications today, and will continue to do so in the future via technical support, training, and updates.

However, while they continue to spend heavily, they have yet to produce profits.  This might sound crazy for such a successful company, but it is not all that unusual in the Tech sector where investors play the long game.  Up until now, the strength of its subscriber base has kept Wall Street from punishing the publicly traded company too hard, but even with the huge subscriber base, they are not producing a large cash flow.  And the company has steadfastly maintained their subscription-only model with a promise not to start selling ads, so that potential source of revenue is off the table.

Profitable, or not, Netflix is a force to be reckoned with, and being a disrupter, they are not afraid to challenge the status quo and keep innovating.  It was really not that long ago that they started with a mail order subscription service for DVD rentals before pretty much inventing the premium streaming business.  Yes, they now have some competition, such as Amazon Prime, HBO Max, and Hulu, with more on the way, including Disney+, Apple, NBC Universal, etc., but just like disruption, competition can be a positive.  It keeps companies innovating and trying to offer a better product for the consumer to enjoy; what’s wrong with that?

Let’s also remember that Theater owners felt similarly threatened by the rise of television some half a century ago, but they survived and even thrived.  I believe there will continue to be demand for a premium theatrical experience for major motion pictures as well as a market for quality entertainment delivered to the home.  There is plenty of room for competition in the delivery of entertainment content.  I have no horse in this race, but wherever the content may be premiered, and however it is delivered to the viewer, the rise of so many new outlets, and their need to produce exclusive content, means lots more choices of what to watch, as well as a lot more work for filmmakers, and I am very happy about that.