Have We Lost Our Focus? DPs Should Be Hired For Their Talent…Not Their Camera 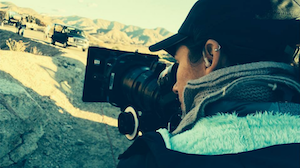 Seeking: Chef for new restaurant. Must bring your own Viking oven.
Seeking: Designer for new clothing line. Must know how to use a Singer sewing machine.
Seeking: Building contractor. Knowledge of power tools a plus.

What is funny about these statements are the first three, cinematographers see in job posts all the time. The last three, I am sure a professional chef, designer, or contractor would laugh hysterically at.

So what has happened? When did producers’ and directors’ focus switch from trying to find a cinematographer that understands good story, lighting, composition? How, in the first job post, did they start to talk about the camera being used before the DP can even read the script? I doubt that in the 35mm film days a producer would say, “Yes, we love your work. But we just bought a ton of Fuji 200T stock, so we are going to shoot on that.” Or even dictating which film stock the DP must know how to use. I can’t imagine the interview room with Roger Deakins or any other DP for that matter at the beginning of his or her career asking them, “Do you know how to shoot on Kodak 500D film stock?” What has happened?

Now in the digital age, anyone can buy and own their own camera. Producers and Directors are made to believe that if they don’t shoot with such and such camera, then their movie isn’t a movie. And in turn, it has created a HUGE burden on almost every DP I know. They are forced to prove that they can shoot on a certain camera. PEOPLE! A camera is a box with a hole in it. Period. Yes, they all do different things, have different looks. Just like in film stock. A good DP will know how to shoot on every camera. Just like a chef can make a great meal in every oven or in a cheap pan. The most hyped up camera isn’t going to make your movie good. The acting isn’t all of a sudden going to get better or your sound mix perfected because you listened to a marketer who convinced you that you needed to have a certain camera to make your movie good.

We have lost our focus. Storytelling is the focus. Acting is the focus. Art direction, sound design, editing, music, the list goes on and on, are all key elements to focus on. Not the damn camera. When a camera is dictated to a DP before they can know anything about the project, they are cornered. They are cornered into feeling the need to own this camera. Then they go into serious debt over this gear that is supposed to get them jobs. Then on top of that, they must market this camera as being the best out there to keep it working. It is a vicious cycle and the DPs have fallen prey to the marketing. And I don’t blame them. When so many ads and meetings are begun with “What camera do you own?” or “You must own a Red to land this job,” then to give themselves and leg up in the interview, they must answer “yes.”

How can we break this vicious cycle? Be vocal about what matters. Start being that producer or director that doesn’t talk about which camera to use in the first interview or meeting. Begin by discussing the DP’s reel, the shots they selected and how they were achieved. Discuss the style of the project that you will be working on. Who are you biggest influences in visual storytelling? Let’s return the focus back to where it matters. On story. 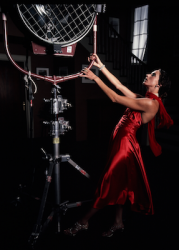 Alicia Robbins is an LA-based Director of Photography as well as a Local 600 camera operator.  After graduating with a MFA in Cinematography from AFI, she has shot and operated on numerous award-winning features, commercials, documentaries, and music videos.  Her latest feature, The Wedding Invitation (produced, directed, and crewed entirely by women), won Best Romantic Comedy at the 2016 Manhattan Film Festival.