You can’t shoot that…It’s not on your reel! by Jimmy Matlosz 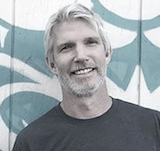 You can’t shoot that…It’s not on your reel!

Almost 20 years ago I attended a lighting seminar in Los Angeles at Northridge State University, it included some of the biggest names in Cinematography of the time. Up on stage, an extremely well respected and accomplished Cinematographer spoke of the challenges of getting hired as a Cinematographer in commercials and features and it was his anecdote regarding commercials, that stuck with me all these years.

Speculation as to the accuracy of this story and whom in fact the agency did hire in the end, but this is not the only story shared around campfires by talented cinematographers and yes, even directors. Quotes like: ‘I lost that job because they needed someone that could shoot blue cars and I only had black and red cars’ ‘Yeah, they wanted someone who could shoot red liquid and I had amber’, ‘They wanted someone who could shoot a McDonalds commercial, but all I had was Pizza Hut’ ‘they wanted comedy outside, I had comedy inside’ you get the point.

And so it goes, as working professionals have been scratching their collective heads for 30-40 years, as those identified as ‘creatives’, want to hire someone not based on body of work, ability, accomplishments, or creativity, but based on, ‘you’re the one who shot the purple car on a Friday in Chatsworth’ type scenario, and that is exactly what we are looking for!

So here is the reality: Buckle your seat belts and open your mind:

I think many wonder, when will the madness end, when will the identifier be talent based and not so specific as to discredit the hard work of an accomplished professional with such specificity akin to splitting hairs with a razor blade under a green Swiss microscope in Cleveland in the fall on a leap year. When will experience and skill and breadth of work be the deciding factor?   Don’t hold your breath…unless of course they need a person who has shot a spot while holding their breath.

This will either get me hired or fired…to be continued.

Find out more about the author, Jimmy Matlosz:  http://jimmatlosz.com/index.html