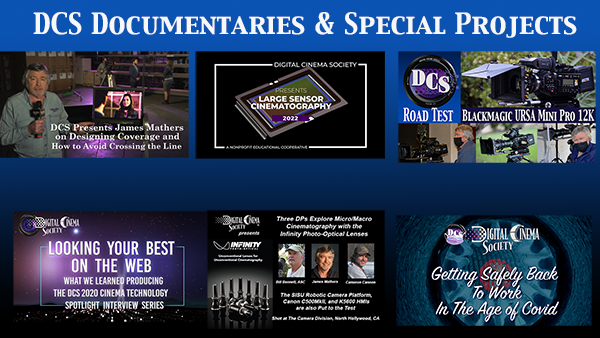 An Exploration of Micro/Macro Cinematography with Infinity Photo-Optics Lenses 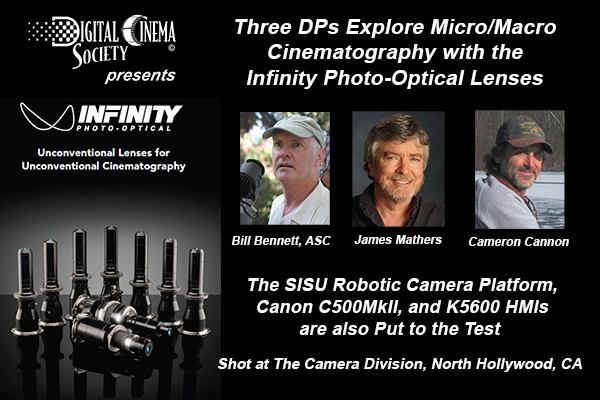 The Digital Cinema Society presents an exploration of Micro/Macro cinematography with three DPs including Bill Bennett, ASC, James Mathers, and Cameron Cannon.  The trio photograph a variety of shots in order to evaluate the technology which includes not only the lenses, but also the SiSu Robotic Camera Arm, the Canon C500 MkII, and HMIs lighting, which was provided by K5600.  The cinematographers share their insights in behind-the-scenes coverage from the tests that were shot at The Camera Division in North Hollywood, CA.

DESIGNING COVERAGE & HOW TO AVOID “CROSSING-THE-LINE” 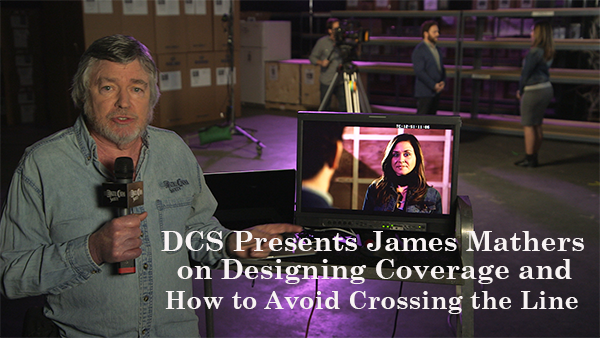 In this short video, James Mathers presents a few tips on how to shoot cinematic coverage with a basic break down of the shots to cover a two character scene, with Master, Over-The-Shoulder, Close-ups, etc.. Special care is provided to explain how not to “cross the line” so that your shots cut together properly.
Joining James on camera are Actress/Producer, Risa Cantu, and Filmmaker/Social Media Consultant, Michael Valinsky, who were photographed in the demo by Cinematographer Cameron Cannon. Also appearing in front of the camera for a change is DCS Executive Director, Charlene Mathers, and Editor and Visual Effects Artist, Christopher Scott Knell. DCS CTO, Conrad Hunziker, III, served as Director of Photography for the project and Samantha Gilbert provided the graphics. Special thanks to Manhattan Beach Studios, Hollywood Rentals, Canon USA, BB&S Lighting, and OConnor for providing production gear and locations, and to Directors Sean Cunningham and Nicole Jones-Dion for moral support. 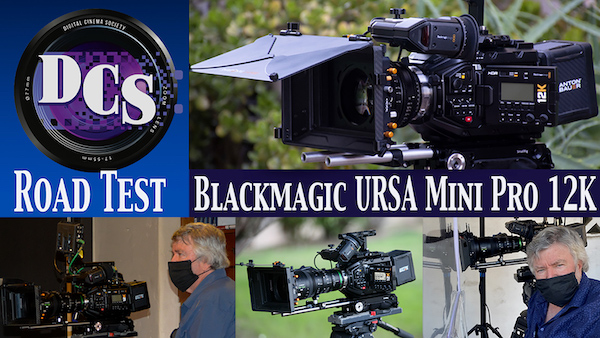 In this video, James Mathers explores the benefits and challenges of acquiring in 12K by sharing his experience testing the URSA Mini Pro 12K during November of 2020. Other production tools utilized in the process include a Fujinon Cabrio 20-120mm zoom and a set of Sigma FF Highspeed Cine Prime lenses. Accessories were provided by Bright Tangerine, camera power by Anton/Bauer, and camera support included OConnor tripods and an EigRig SLIDE-R1 kit for camera moves.  OWC provided key workflow tools including their extremely fast ThunderBlade 8TB SSD and Thunderbolt 3 Pro Dock.

A short interview with Sam Nicholson, ASC about the value of 12K acquisition for virtual production background plates was provided by Jody Eldred.  This 17 minute program was shot entirely on the URSA Mini Pro 12K and was mastered in 4K:

Getting Safely Back To Work In the Age of Covid 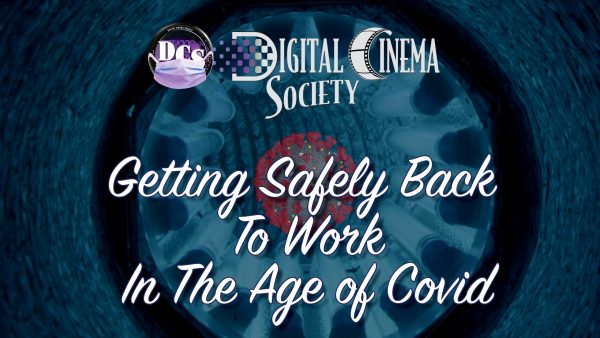 The global pandemic brought about by Covid-19 has affected every aspect of our existence.  It has cost  lives, livelihoods, and brought our industry to an abrupt standstill.  Although there are some positive developments on the horizon in terms of vaccinations and treatment therapies, there are still major uncertainties ahead, and we are a long way from being out of the pandemic woods.

The motto of the Digital Cinema Society is basically that we need to adapt in order to survive.   This program explores some of the tools and techniques that have been developed to help our industry get safely back to work.  We interviewed filmworkers, business leaders, and technologists to see how they are adapting and helping to get us all safely back to work on set.  The program is dedicated to the memory of our friend and longtime DCS member, Allen Daviau, ASC, an early victim of the disease. 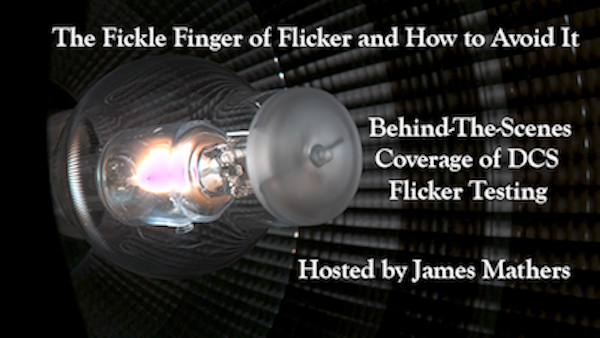 Over the course of four shooting days spread over several months, the Digital Cinema Society gathered almost every manufacturer in the Cinema Lighting Industry to participate in a test to explore the issues of Flicker in high-frame-rate cinematography.  We published an in-depth article in December of 2016, and are now following up with behind-the-scenes documentary coverage of our process and conclusions.  Participating companies, (in alphabetical order), include:

Looking Your Best On The Web 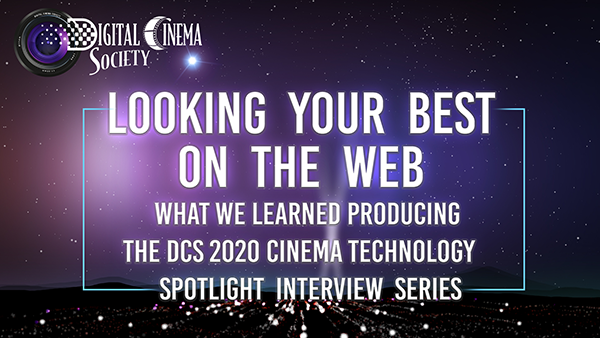 Whether you’re auditioning as an Actor, teaching a course, or making a corporate presentation, everyone needs to put their best foot forward on the web. With the cancellation of all the major trade shows, the Digital Cinema Society was forced to quickly pivot and start conducting and posting our interviews via the web from our homes.  We learned quite a bit in the process, and the purpose of this presentation is to share some of those insights.  DCS Founder James Mathers gives a little background on our Cinema Technology Spotlight Series and offers tips on how anyone who might now find themselves needing to appear on camera can look their very best.  Special thanks to all of our supporters and interview guests for the series, and especially to Frame.io, AJA, OWC, and Adobe who offered products and services to help make this program possible.

Having served the Industry since 2003, the Digital Cinema Show continues the Society’s mission of empowering Filmmakers with knowledge of cinematic tools and techniques.  We gather the best of our content into a web series covering the latest in Cinema Technology. In addition, we present profiles of Filmmakers and Industry luminaries along with visually illustrated tips on both the art and science of motion pictures.

A nonprofit educational group keeping the industry current on motion picture technology since 2003.